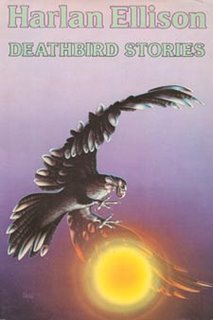 See, The Ecosystem Still Works
Always out there, always thinkin,' always compensating and trying to keep things in balance. From the creeping grex of pond slime, through the Second Law of Thermodynamics, out into metaphysics and the holographic universe, and then, according to this news story, back into hawks predating upon the unwary rich.

As one interviewee rather drily claims, the story became news when the hawks began to attack people in the good section of Rio and molest bathers on Ipanema beach. He says the hawks have been attacking people in poor neighborhoods a long time, where they find it funny. Rich people have found little humor in having their scalps torn off by the talons of dive-bombing raptors steadfastly protecting the nests of their young. You see, the hawks are thriving because of a plentiful amount of open garbage, which in turn makes life grand for pigeons and rats, which...oh shit a haaaaawwwwwwwwk!!!!

Sometimes God isn't so mysterious. Sometimes things happen because they must, because they are more or less guaranteed. And of course, the Rio-hawks are also taking advantage of a loophole in the ecosystem, in which they're protected under Brazil's current environmental laws. I imagine they'll be shot or relocated or something soon, knocked off their smug perches of entitlement. All the same, rich or poor, you turn your back on the ecosystem at your peril.

About 15 years ago I read this collection of Harlan Ellison short stories. The very one in the graphic above. Back before I was a parent I had nothing better to do than pointless things like that. Not long after reading it I finally realized science fiction writers weren't writing fiction, they were writing brutal Darwinian truths set off in (supposedly safe) fantasy-lands. So I retreated back into my comfort food for awhile, reading about the energy wars of the 20th century. But lemme tell ya, that Harlan guy is one sick pup. In one of his imagined parallel futures, huge deathbirds had evolved to attack freeway commuters in their cars. Every once in a while, a big ol' bird wheeling patiently up in the atmosphere would spot a gap in the defenses, swoop down, slice a car roof open, and fly away with a screaming occupant before anyone knew what hit them. Sick. And for the moment, I hope, unlikely.
Posted by MarcLord at 9:35 PM