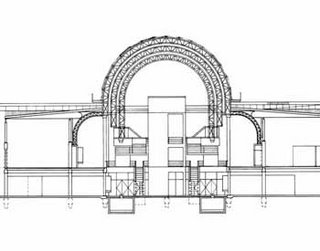 The Architect
Seeing what unique people can achieve is one of the great joys in studying the past, and I really wasn't kidding in praising Karl Rove's startling intellect earlier this morning. In the aftermath of 9/11, for example, it started to dawn on me that someone had achieved an unprecedented, awesomely fine level of control over the press, and that all roads led back to Rove. I looked into Karl's background and found he was an originator of and gleeful participant in Nixon's Dirty Tricks campaigns. John Dean, a key player on Nixon's team, has studied Rove in depth and calls him "Haldemann and Erlichmann all in one." An apt description. As it happens, there's a book coming out tomorrow called The Architect: Karl Rove and the Master Plan for Absolute Power, and it looks to be the best research so far on the subject.

Among other things, it reveals that Rover is not a Christian, his mother committed suicide for no admitted reason, and the man he thought was his biological father (and whom he remained very close to) divorced his mother when he was a high school senior and lived an openly gay lifestyle thereafter. What's the matter with any of this? Nothing much, except all the above would, in effect, be crimes in the Permanent Majority as its foot soldier supporters envision it. That Rove and Ken Mehlman, the one-foot-in-the-closet gay Republican National Committee Chairman, have often crafted election strategies based on gay-bashing is a weirdly hypocritical wrinkle in history. (No interesting pscyhology angle here.)

James Martin, longtime Rove tracker and author of the new book above, dishes out the facts in today's HuffPost article, The Closets of Karl and Ken.
Posted by MarcLord at 8:48 PM