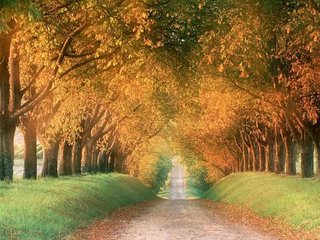 Quiche Du Jour
The drowsy chill of Fall has come to the Northwest right on time, on the heels of a great and delightfully sunny Summer. On this blog, I've been trying to follow the "It Won't All Be Doom and Gloom, God-Dammit" policy. You might call it the Quiche Policy. Which it's good to pause on the beautiful, the well-crafted and exceptional. Or just the good. God knows there is so much for us to be thankful for. Plus, whenever I write something about great food, or send you to www.cuteoverload.com, or put cats in microwaves, I've probably got a fastball ready for you, heading high inside and more or less for your chin.

So here's an artistic installment, something from a while ago. I once bought a popular collection of Rilke's poems in English and German. I had loved the original German, so I looked for the best translation I could find, none of which captured greatness in English, but some of which were at least reasonably complete. Rilke's 'Panther' was in the one I got, a good effort, but you know how some things really can't be translated. Or shouldn't be tried, not without first seeing the world through the artist's eyes. There was one piece in particular where I thought the translator (someone who probably devoted a large portion of their life to subtle linguistic study and who did the best they could to lovingly convert Rilke's poetry into English) had royally screwed it up, and that I could at least do better. On some random trains and planes and late nights in bed, I tried working it out into our language, a piece of Rilke's which might by feel be called "Equinox." Strictly translated it would be: "Fall Day."

Lord: it is time. The summer's gone, you know.
Send Thy shadow long over sundials,
and loose Thine winds across the meadows.

Let each fruit swell on its tree and vine.
And send us, yet, two more southerly days
for urging onto consummations, to chase
their last sweet drops into heavy wines.

He who has no house now, builds no better.
He who is alone, will long stay so.
I will sit, and watch, and write long letters,
and in the lanes pace to and fro,
restless, as the dry leaves blow.