The Battle of Chernobyl
Can't seem to write anything about the Fukushima disaster yet. This documentary tells the hair-raising story of Chernobyl.
Posted by MarcLord at 3:47 PM 14 comments: 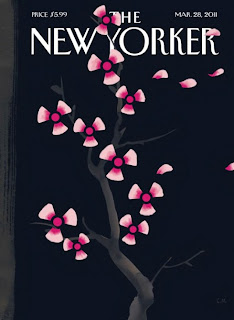 Homo Fukushimaensis
You can compartmentalize former lives successfully, balance them down into cool dormancies but the problem is you can't predict why or when they'll heat up which ones or what parts. You only know that they come back in waves and packets of eternal radiation rolling real and ghostly in your wakefulness and dreams.
Japan comes back with clarity. In my first airy hours there, I landed at Haneda, or Wing-Field, and was met by a young guide whose only mission was to get me to headquarters. It was o-hanami, when cherries pop out undeniably into pink blossoms, the Yeats in your heart burgeons on through your blood and only a pagan festival will do. Dawn was breaking too and the Tokyo-bound train passed through a steady succession of coastal rice paddies and hamlets. In its originating night, fog had settled down into a latticed matrix like lozenges of gallium arsenide between over-sized transistors, into flooded rice fields below dikes arraying off into hazy whites. My guide, who had probably woken up at 3 or 4AM local time to come retrieve her cargo, sat in silence, certainly, and what might possibly be described as aggrieved judgement. It was hard to tell. Everything was hard to tell. The Disorient Express.
Travel and you'll see how hemispheres and continents have their own ideas of trees. Even the grasses are different. The rocks, the weeds, the doorknobs. New sceneries, so plush, so manufactured, so old ran along my moistened window north and to my right. An acutely angled sun sidled up behind to jostle the sheltering fog, poking it first then stirring it up sprightly out of beds like pillows being fluffed and shifted one last time over sleepy heads. With my sleeve, I rubbed the grease patches my nose had left off the glass and asked the guide, "How do you say the word for the rice? What's in there? In Japanese?"
To insist on learning something in her language at that ungodly hour was typically inconsiderate. So gaijin, so outside-person. But there's no help for that. Some years later Kyoko would accuse, "you Americans, you always have to ask why." A half-minute later my companion said, "Ko-may. Go-han." By which she meant, "Rice...Food." Those little clicks and exhalations are loaded with a cultural power their translations can't approach. In that land they approximate a term more like "Staff of Life," but even that falls short. I spoke my first words in the language of the rising sun with the rehearsal of intended memory.
As a child, rice had been fair forced into my mouth from Rice-a-Roni boxes, and came with Chinese restaurant food for free. The Japanese, however, have a dissenting proverb: to grow one grain of it, a grandmother had to bend over in a shit-field for an hour. Live there, and you learn the monsoons come every June and reverse the weather's prevailing direction from easterly winds to west. The west wind's are insistent, and they carry, well, one hesitates to say rain. It's an airborne flood robust enough to drench every inch of you if you walk or ride a bike or motorcycle, warm water driven sideways up underneath your mackinaw, to run all icky down or up your neck and back, up your shins and into your ass crack, into your sneakers, your boots or spongy shoes. Most of these will mold up spectacularly, hairier with green than a neglected loaf of Wonder Bread if not well-rubbed with oil or soap on that evening.
The neon lights of Ginza would come sooner, and they made Manhattan's Times Square look antiquated and dirty, dingy and half-hearted. Ginza was 20 years more clever, clean and unyellowed, and its videotronic interweavings had cogently combined to form the world's biggest, most colorful bug zapper. It bathed me in hellacious beauty, stunned my eyes with variegations of ostentatious wealth and styles my pupils' backsides had never yet reflected, much less dwelt upon. Here was a city and a country cavorting in abnegations of a prior and now completely invisible defeat, working to overcome the insecurities of a small but proud island nation with no natural resources, dancing the steps to be richer than the West. Nuclear power made it possible.
There was someone named Karen on the long flight over. Despite being already engaged to a nice Mormon girl, I agreed to meet her under the Ginza clock tower, and did so in what had immediately become a whole different world. Walking hip to hip with someone whose job was simply to be herself, slower than normal while the throttle of one of the world's rarest and most unmuffled cars was blipped, I realized we were keeping pace with two teenage boys in a 1966 Iso Rivolta. Both were driving, after a fashion. 5, 10, 20 blips and they'd jerk forward 20 or 30 feet then come tautly to a halt. There were many others doing versions of likewise.
In a tortured, halting procession down the well-lit strip there came a brand-new chaffeured Rolls Royce, its tuxedoed passengers drinking from champagne glasses, there was a prim and pretty girl on display behind the wheel of a white Jaguar XK 12o wearing a matching angora sweater, there was a plethora of garden-variety Ferraris, Porsches all with their windows open in a circus of consumption with everything but jugglers on horses. There might've been horses there but we didn't notice. There was a lot going on, and but for the closeness of humanity it would've been cold out. It didn't seem cold. We were all of us floating on the deliciously flying fuck of it, blessed and knowing it, unleashed and transmogrified. I feel as privileged as those kids trying to cruise in the Rivolta. More privileged. We were energized, and some white horses would've been perfect.
Posted by MarcLord at 10:38 PM 3 comments:

This is a multiple-choice word problem. Your government has announced the tap water in your local municipality (of 36 million people) has been poisoned due to a radiation leak at a nearby nuclear power plant. This level is unsafe for infants, and possibly other living organisms which are made from infants. Reporting about the plant has suddenly gotten very quiet. You should:

b) Wait for the Ministry of Denial to raise the safe limit to levels above current contamination; 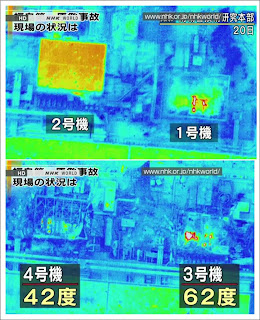 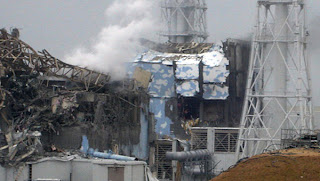 Everything Is Under "Control"
So glad to know that everything is just fine at the Fukushima nuclear reactors, and that I was being a damned fool to go out and get things that block the uptake of radioactive iodine-131, bind with caesium-137 and -134, and to tally the beeps from my Geiger counter keychain. And the 130 gallons of drinking water, the portable garage, the Mac-10, the inflatable roadblock, etc? All unnecessary frivolities of a paranoiac.
So far, so good, just a few extra x-rays for the people in the Pacific Northwest, which the media tells me is actually *great* for your health! Such a relief to know that a bunch of fate-tempting dipshits in engineer suits aren't poisoning my children from halfway around the world, but that they're actually helping them!
Posted by MarcLord at 4:35 PM No comments:

I Was Wrong
There. I finally admitted it. When you're wrong, you're wrong. In the previous post, I said that NATO would invade Libya. That was completely ham-headed.
I should've said the United Nations would first pass a resolution to invade Libya, then demand that the Arabic world invade itself, then hand over operations to NATO after the Arabic world told the UN to fuck off. And I should've said that no one is going to have the foggiest notion about how to get 1.5 million barrels of light sweet crude flowing out of there again, and mentioned that Libya also sits on top of a huge fresh water aquifer. Thus the word "invade."
Posted by MarcLord at 4:18 PM 1 comment: