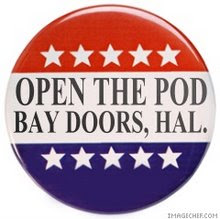 Polity, Declination, and Re-Boot, Pt. II
Lucretius said it was fears which first made the gods. Now as when we first appeared, there are still forces hidden in the earth on which we stand, and only dimly understand. The rivers swallow us in their swirling currents, the vagabond tides of the oceans decide the climes of continents, the winds and skies remain recalcitrant, trees fall and clouds lower upon our houses as they always have. We're actors in eternal tug-of-wars which carry on between rich and poor, religion and philosophy, socialism and capitalism, research and engineering. As Will and Ariel Durant noted in Pt. I of this post, the lung of our striving meta-organism acts as a flexing systole and diastole, propelling us through a cycle of conflict with each strenuous breath, propelling us we know not where.

Our forebears sought to placate the giants in the earth through offerings, ritual, and prayer. When priests channeled our desires and our fears,with answers revealed to them by the most high gods, their prescriptions became morals, ethics, laws, which in turn became convenient to statecraft. Shamash gave laws to Hammurabi, Thoth gave them to Menes, Egeria to Pompilius, Yahweh to Moses, Jesus to the Gentiles. Priests and paupers proved symbiotically precious to kings and states, yet as their orthodoxies became more successful, then inexorably more ridiculous and rigid, they sent increasingly ripe invitations to the reliefs of comedy and blasphemy, and each regime receded in relevance. But when first coming down from Gilgamesh, a holy man with hair standing up on end charged with the electrons of divine righteousness akimbo, bearing simple solutions, he was no easy thing to dismiss.

The effigy to burn now is science, which has attained the status of religion. I don't seek to restore mere Christianity in its place, and nought else. I know not what I seek, only that as a roadmap or religion, science is incomplete. While advancing our understanding bit by bit, and better than many other formerly discredited superstitions, science remains a fragmentary and unsatisfying religion. Obviously it has been useful, bringing us our electricity, piloting our airwaves, crafting our pharmaceuticals, powering our vehicles. But it is important to out "science" itself as a ritual-based religion, one which indoctrinates and amplifies a reflexive, barren fear of non-replication. It tears matter down into building blocks well, but is horrible at understanding how to integrate them into heuristics.

In short: the deepest lie of Science is that life and its attendant forces must consistently repeat in order to be valid; if not infinitely repeatable, an action isn't true. Whereas in fact, basic impulses seek what they will, are not repeatable, and go off the charts. All anecdotal evidence richly illustrates that life seeks to novelty. The universe is a novelty-seeking organism, not a Xerox copier. Matter seeks to assemble itself across different dimensions in ever-more appealing ways. It resists extruding the same thing twice, it is reluctant to allow even a glimpse of uniformity, and this resistance is a natural law. Matter is meant to mutate, to subvert, to transmigrate, and seek the undiscovered eddies of existence.