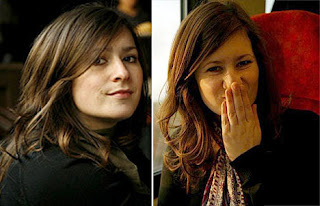 Independent UK Singer Kate Walsh Goes #1 On iTunes
Had meant to post something re: the music industry revolution going on in parallel with blogging & podcasting. Viva la Liberated Syndication! Just stumbled upon this post by Jeff in Fukuoka (where I used to live):

Singer songwriter Kate Walsh has gone #1 on iTunes with an album she recorded for a few hundred dollars in her friend's spare bedroom, beating out Elton John and UK pop stars Take That. iTunes made her a featured artist of the day with a free download, and it took off from there.

This is a really interesting trend. Until recently, the Major Labels controlled most of what people heard. They were the only ones with real clout distribution-wise to record stores, and most promotion on radio and TV cost more than any honest independent outfit could afford. So as an artist, either you needed the major-label machine behind you (which comes at the price of them owning the copyrights to all your music), or you toiled away in indie land, playing small clubs, getting play on college radio and generally only being heard by a few people.

But the internet has opened a whole new distribution channel, and leveled the playing field, especially in England. It's amazing how many artists are breaking on the internet in the UK. A while back it was the Arctic Monkeys, which got their start on Myspace and went on to have the biggest-selling debut week in UK history. And the alternative hip-hop act Gnarles Barkley went to number #1 in the UK with their hit "Crazy" before they even had a record in stores thanks to itunes.

I remember back in the 90's Kurt Cobain was talking about his vision where a band could home-record an album and get big without major label help. It took a while and looked impossible for several more years, but things like that are starting to happen. The major label monopoly on music distribution is slowly but surely coming to an end.
Posted by MarcLord at 2:04 PM