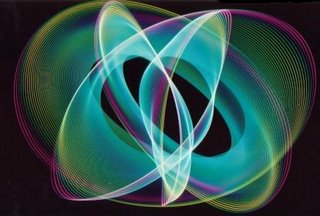 Polity, Declination, and Re-Boot
The concentration of wealth is natural and inevitable, and is periodically alleviated by violent or peaceable partial redistribution. In this view all economic history is the slow heartbeat of the social organism, a vast systole and diastole of concentrating wealth and compulsive recirculation.

The disparity of fortune between the rich and the poor had reached its height, so that the city seemed to be in a dangerous condition and no other means for freeing it from disturbance seemed possible but despotic power.

Fear and greed, humility and arrogance are part and parcel of the human condition, and are quite possibly eternal phenomena. The rest of the animal kingdom is in no wise immune, and perhaps even the atoms themselves are subject to the buffeting of these forces. They are the points of Cassandra's compass, the North, South, East, and West with which to navigate affairs past and present.

It's our impulse to name human affairs for the sake of classification and comparison, much as we would genus and species of animals, be they civilizations, political systems, times and movements, whether communism, fascism, democracy, parliamentarianism, feudalism, merchant capitalism, Jacobinism, Stalinism, or right, left, conservative, liberal, and neolithic. This naming power is necessary. To me, however, when applied to politics in the common imagination, these names tend to exfoliate their meanings the more they increase in currency and circulation, wearing thin like paper money, indistinct like faces wearing off of coins rubbed too much.

When people now commonly refer to what and who may be "liberal" or "conservative," the ideas they want to convey or refer to have little remaining connection to a dictionary's conception of those words, nor do the sloppily accepted conventions any longer convey the politically classic senses. I must conclude that the terms themselves, like the main actors in our political system, are worn out. In any case, they have no room or label for me, but if such a label existed and I was forced to wear it, I might now be called a "Progressitive."

We're not there yet, and it's probably ok with you if we never are. If you go back far enough, a clear four-sided pattern emerges in collective human affairs, one common to all politics and systems and symmetrically analogous to the fear, greed, humility, and arrogance from which it springs. At any one point in a given place and time, wealth is either trending toward concentration, or away from it; and responses to changing conditions are either becoming more flexible, or less. A pendulum swings back and forth, and can be shoved from the side to modify its arc, or it can be steadied; as Foucalt proved, if left to its own freedoms, it will naturally rotate through the complete arc of a circle a precise degree at a time. All anecdotal data indicate that oligopoly, not free and equitable market, is the natural state of incorporation, and to me, successful politics are generally a means of diluting and managing the tendencies to concentrate wealth without killing the inclination to attain it. I don't have a great deal of patience for discussions of the evils of various systems; the evils are far less in the systems than in us. Where the current orthodoxy repeats its mantra of free markets yet again, I see a fascist oligarchy forcing me to play in a rigged, thinly disguised and very dirty game. It's difficult to read much history and conclude otherwise, since the sum of it and human experience are piercing voices in a Greek chorus chanting just off-stage, "which inclination needs not encouragement, but strong fences."

From our present position in the metaphorical pendulum's pit, we can see that wealth is still concentrating, even more quickly so, and that our collective system is (by its own admission) becoming too inflexible for even repeated failures to modify it. Our pendulum would be swung fairly far into the greed and arrogance corner of its travel (you might envision it as South and West), so far that if I were a god, I would be tempted to kick it away and back. I'd be tempted because godly powers would enable me to see that over the past few score failed civilizations, the pendulum was near a similar spot in the exact same quadrant. You can be fearful and arrogant and make it. You can be greedy and humble and make it. If you're fearful and humble there's no way to go but up. You can't be greedy and arrogant and make it far. You tempt God. The greedy and arrogant quadrant is where the Kick of God resides, the explosive downstroke kick which restarts the pendulum's swing.

I don't know what is going to happen in the Elections this upcoming Tuesday, or after, but I will vote for giving the pendulum a shove from the side in the spirit of increasing flexibility, and a frontal kick in the spirit of redistributing wealth into more equity. Arnold J. Toynbee, a brilliant analyst of the past, observed that of the last twenty-one civilizations to fail, concentrated ownership (greed) and inflexibility of leadership (arrogance) were the primary causes of collapse in all of them. If America is really exceptional, it should be able to change its course and not repeat the failures of others. It's time to lay down the ambitions and the pretensions to Empire, and to do this, we must lay its chief pretenders low.

Regardless of what happens this week, the struggle for democracy against oligopoly is much older than we let ourselves think, and it has been won, lost, and re-born many times. Below is the blessing given by Apollo’s oracle to Solon, Archon and Lawgiver, and the founder of Athenian democracy in 594 B.C. May the same blessing be upon us:

“Take the mid-seat, and be the vessel’s guide;
Many in Athens are upon your side.”