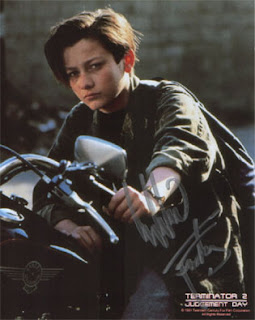 Polity, Declination, and Re-Boot Pt. III
Have you ever noticed how the the things least repeated tend to be the most interesting? Science, as a religion, is not allowed to truck with them. True, whole worlds often do things almost exactly the same way twice and thrice and three million times. Yet even the Law of Gravity is not an absolute. Newton's apples will always fall from their trees, unless they're subjected to a tornado. Then they'll be sucked up into a vortex, and fail to hit our waiting heads. This isn't to say gravity has not attained the status of physical law. Just that science has simplified it, failed to understand its source, and downplayed anomalous conditions which can supercede it. And I can't see how that is helpful.

For the last fifty years, public school science teachers have taught that gravity makes all objects fall at the same speed, obscuring or expunging the notion that their maxim is only true in a theoretical vacuum. A feather, with its low specific density and high aerodynamic drag, falls slower through an atmosphere than a cannonball. The Newtonian experiment in which a feather reached the ground as quickly as a cannonball from the leaning tower of Pisa, quoted to my class when I was 17 as gospel, was pure scientific superstition. A functioning adult with a PhD in Physics once insisted in all seriousness to me that all objects fall at the same rate, and he would brook no disagreement. Hmm. And what scientists have measured the differential rate of terminal velocities between falling feathers and cannonballs? Some, hopefully. Perhaps eccentric hermeticists, or heretics who desperately needed practical answers. Engineers, not scientists. People who had no time for fear or dogma, but needed to solve practical problems, tending to keep their data as private knowledge.

Philosophies, seeking practical solutions, provide less absolutist windows into the soul of man than religions. Philosophers may have much baggage we can disagree with, but at least they don't claim to be chosen of God. Their quest by and large has been to point ways out of the closed mazes of religion, to get people to think of the universe less like an ongoing game of cut-and-dried angles and DNA strand tic-tac-toe, rather more like dimensions in which a particle can be in two places at the same time. Which, I admit, is a concept borne of practical science. The continuum on which science and religion dwell blurs into interesting nether-worlds of philosophy, just as communism and capitalism have their demi-states. In preparation for more, here's a whirlwind distillation of a few influential historians and philosophies as provided by Church and Empire in his post on Historiography:

* Plutarch--Great Men and their Character. His thesis is that the very character of men changes history. His study of Mark Antony suggests that his love for Cleopatra blinded him to his duties in Rome and was destroyed by Augustus; who, it turned out, was not a lightweight.

* Historical Forces. This is the assertion that certain ideas, movements, etc., become irresistible forces that will have their way. An example is Christianity being such a force that would eventually not only survive persecution, but emerge victorious over the Roman Empire. Another is the dominance of Science in the West over Theology and Philosophy as the authority for determining Truth.

* Toynbee--Challenge and response. Toynbee's theory is that all civilizations are faced with a crisis which is either one of ideas, or one of technology. How they respond determines whether they will survive. An example is the Fall of Rome. Many blame Christianity for sapping the Pagan strength of Rome and causing her downfall. Toynbee points out that the Byzantine Empire (the Eastern Roman Empire) used Christianity to revitalize and reform the Roman Empire for another thousand years.

* Hegel--Dialectic. Hegel's Theory of History says that for every old idea, there is a new one which conflicts with it. Out of the struggle a new idea is created (Thesis, Antithesis, Synthesis). He felt that this was how God led us to perfection and revealed new truth. History is just the product of conflict

* Darwin--Not a historian, but he took Hegel's idea and applied them to science. His biological application led to the Origin of Species. Herbert Spencer and others then used his biological ideas to support their ideas that a struggle among races of people and differing nations led to the strongest and most able nations ruling the world. Victory in combat meant the superiority of a nation or people.

* Marx--Material Dialectic. Marx used Hegel's ideas and applied them to classes of people throughout history. Any ruling class controlled the "means of production" which gave them wealth and power to rule. Whenever a new method of production occurred, there was conflict between the older ruling class and a newer class using the newer and superior means of production. An example is how the Businessman and his money destroyed the power of the old Aristocracy based on land and hereditary ownership

* Turner--Geography and the Frontier. Turner's thesis said that geography determines the character of a people and, depending on the situation, gave them certain advantages and disadvantages. An example is that the English and Japanese, being Island Nations, would naturally have an advantage at sea combat. And, in an age of sea-trade they would, tend to be powerful. His thesis explicitly stated how the Frontier shaped the American mind to be open to new things and to strive for what was new. In our modern technological age, Americans are very open to new technologies.

* Radicals--History is the story of who won. This thesis says that history is little more than mythmaking. "History is the history of winners." Those who win, write the history books. Those who have lost are excluded or demonized. History is determined by who has the political power to write the books. But, for some, reading a restaurant menu is as important as reading "history."

* Boorstin--The unexpected. Daniel J. Boorstin's books suggest a thesis that ideas and practices simply come together in various places and time and can hardly be predicted. What has mattered, is that the great Creators and Discoverers have been open to the challenge and took previously unrelated ideas and put them together in a way that was entirely new. They thus change the world. An example is how an anonymous optician in Belgium created the first telescope to be used in combat. It found its way to Italy where Galileo began to look at stars with it. His findings undermined the Ptolemaic system. However, the Church used his information to create the modern Gregorian Calendar we use today. But sixteen years later in the firestorm of the Reformation, Galileo was ordered to remain silent. Boorstin is hostile to the Hegelian-Marxist-Darwinian school as it can only tell what the future is like based on the past. The Hegelians could never have predicted the impact of the telescope. Boorstin makes considerable money showing that no one can predict; you can only remain open to change. Change cannot be managed.

That the Radicals currently amongst us would manufacture history via synthetic reactions under a Diocletian bubble is clear; to them, the Outside Threat is a sulphuric acid which melts away all restraints to their ambitions, and the barbarians outside the gates are more useful than the artisans within them. There's no arguing with the short-term effectiveness of what they do, only with its unpredictable, undesireable side effects. I side with Boorstin against them, who is saying right along with the high-energy particle jockeys and the message sent from the fictional character John Connor in Terminator 2: "The future is not set. There is no fate but what we make for ourselves."

Marc, I'm sorry to say that I've fallen behind in blog-reading and so now am trying to catch up with your blog. This particular post really fascinates me because it's on one of my favorite subjects. My life was very much affected by Spengler's theories. I want to come back to this and comment further.

Spengler. Ha! Of course, Fleming, he belongs here. Maybe he can be in a Pt. IV. But for his appearances in John Toland's biography of Hitler, I barely knew he existed, and would like to learn more about him and his theories.