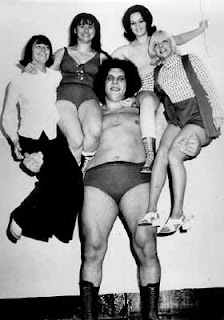 HopeSpringsATurtle & Chalmers Johnson Tag-Team
I didn't ask permission of Hope, as I call her, to cross-post this from Deep Confusion but I'm pressed for time and am fairly sure she won't mind. She's one of my Caravan Palaces, or Caravanserai, the outposts and fortified havens they once put up for traders to shelter in on the Silk Road. Hope found a vid of Chalmers Johnson that I'm raring to watch. The same Chalmers Johnson who wrote the powerful, prophetic, and elegaic article "Blowback" in the Nation shortly following 9/11. Jeremiah never gathered round and walked the future down better during the reign of King Zedekiah, and the article was published so fast, by the October 15th issue, that I have a little hunch Mr. Johnson may have already been working on it before The Trifecta.

There are four sides to intelligence organizations. A dark side; a light side; a grey side; and a side behind the other three sides. Chalmers Johnson is the intellectual Andre The Giant of the CIA, and represents the very best of what comes from the light side:

"I present here a video by Chalmers Johnson, the foremost expert on American hegemony and the dangers of "blowback". He presents a stunning report on the status of the permanent military bases being constructed in Iraq. Six different mini-cities, American style. From the documentary, The Bases Are Loaded:

"...Clearly, what went into the thinking of the war against Iraq was to conquer it..." "Whoever controls Iraq, controls the world. Iraq sits n the largest world reserves of oil. When Saudi oil has long run out, when all nations are without petroleum resources, Iraq would still sit on a sea of oil. The country that controls Iraq is the country that will essentially dictate the world economy for the next generation and possibly longer"

The lies that brought us into this conquering of Iraq and subsequent occupation have continued unabated. These bases are being constructed with American tax dollars; no-bid, cost-plus contracts that DIRECTLY benefit members of the Bush crime family. These are the facts. There is no dispute about them. The Dems in congress do nothing but make empty threats to an out-of-control regime bent on the destruction of America as we know it. Do your homework, find out for yourself. This is the beginning of the end and still impeachment is "off the table." Watch this 30 minute video and make your own decision."

Thanks, Hope! Glad things are starting to settle down in your new digs. (Btw, Fleming, if you read this, Hope introduced me to Naj.)

It’s time! ImpeachForPeace.org is traveling to Washington DC at the end of this month to deliver thousands of Do-It-Yourself Impeachment Memorials to key representatives in the House!

Support for impeachment is building. As of this writing, 14 reps are supporting Dennis Kucinich’s resolution to impeach Dick Cheney (H. Res. 333).

Even if you've sent them to your congressperson before, send us your DIY Memorials before we go:
http://impeachforpeace.org/ImpeachNow.html

You may not realize that the only thing standing between where we are today and a nationally televised impeachment investigation is the House Judiciary passing this resolution, which is currently awaiting consideration in their
committee. The head of this committee, John Conyers, has said recently that he supports the national impeachment movement.

All we need to push it over the edge is public support, and that’s where we come in.

Video of our trip will be posted on our website shortly upon our return. We’ll let you know when it’s up!

Click here to be a part of this:
http://impeachforpeace.org/ImpeachNow.html

Here's a funny video about this unique strategy:
http://www.youtube.com/watch?v=E9p2MnJwzaU

I'm a fan of Andre the giant. I don't know the others. Sorry to be an ignorant follower, but I am one of the adoring hordes tagging along.

Just found this post Mr. Lord. Thanks for the hat tip and I would be nothing without you.

I have been a Chalmers Johnson fan since I read Blowback. I later saw him prominently featured in "Why We Fight". For anyone interested in the background of this illegal occupation/invasion of Iraq, watch this film.

Thanks again Marc, you are "adored by hordes".