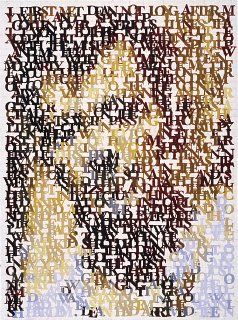 Saying What You Mean, Meaning What You Say
Words, damned words. Using the right words to accurately convey ideas is something I have to be very careful about in my work, so my limitations as a writer and speaker annoy me almost every day. I often search for the right expression and draw a big, fat blank. Or worse, my mouth wants to move and say the wrong word, one that's inadequate to what I need to describe, or one that's second-class. My head doesn't want it to, but sometimes my mouth moves and it comes out anyway. I wish I were better with words, and that someone like the tutor Peter O'Toole played in the movie 'The Last Emperor' had said to me, as he did to the young Puyi, "I am here to teach you to say what you mean, and to mean what you say."

You need to fight for the definitions of words every so often, or purveyors of lies and euphemisms will come in and steal meaning from your life. Consider the term the Nazis cooked up to describe the ghettos they herded Jews into: "Autonomous Jewish Territories." Or consider how BushCo uses words. Here's how Still Life Living spelled it out in the comments section a while back:

This is the argument even Bush put forward in discussions of the meaning of "cruel and inhumane treatment." Unfortunately, no one taught him the meaning of consistency. Otherwise he would have understood the problems with the following phases:

* Compassionate Conservatism
* Road Map to Peace
* Axis of Evil
* Connection between Al Qaeda and Iraq
* If anyone from my administration was involved in the leaking of a CIA agent's name to the press, they will be fired.
* Heckofajob!
* Liberators
* ...

The problem stems from education (that period between ages 5 and 25 when young people are supposed to dedicate thier lives to preparing to join society as an active member -- which Bush seems to have been granted a waiver on).

In Skinny Legs and All, Tom Robbins lays out the argument that insanity is caused by people not having command of the definitions of words. I have noticed that there are two sides to words: the ability to listen and the ability to speak/write. You can get by as a listener with only a partial understanding of the words because context can help you figure out the intended meaning. This is not true from the spoken side. If you don't know what the word means, you can't really use it convincingly because you don't really know what you are saying.

My point is that BushCo likes people to be dumbed down. They are more likely to agree with the logic that is presented to them if they don't have the tools to fully process, analyze and then challenge the statement. Put these people in a group and they become easy to manipulate.

The goal then is to provide limited education. Just enough for people to be functional, but not enough to challege authority. Can we all say "No Child Left Behind"?

BushCo's signature style is to order words around as if they were commanding the definitions of words to change, and they apparently think reality will follow suit. Even the Nazis had more respect for language.
Posted by MarcLord at 5:53 PM

Ah...words. The USDA announced today that hunger in the US will now be referred to as "food security issues".
"Sanity is not statistical"
http://www.ers.usda.gov/Briefing/FoodSecurity/

"The misuse of language induces evil in the soul." (Socrates, as quoted by Plato, as quoted by Jon Schwarz over at A Tiny Revolution.)

Food security issues. The Bush Culture will certainly be a rich, but hopefully thin, trove for future anthropological content analysts to sift through.