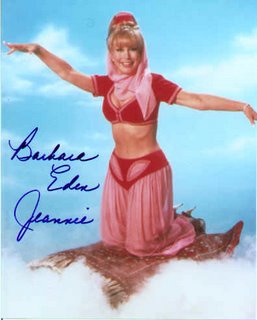 A Full Harem, And Baghdad: It's All We Ask

The invasion of the Mid-east isn't about oil. It’s about something else entirely. It’s about becoming princes, about installing kings. It's about dominion, that urge as old as lions, about the treasure required to achieve and hold it, about those human blood sports older than hunting Neanderthals for their cunning colors and trinkets. You can almost remember it, can't you?

I knew we were going to attack Iraq, I mean before the first time, not the second, and I may have known it before our leaders realized it themselves. I knew it was going to happen, I knew why, I knew how, I knew it at the most basic level of my being, and I knew it would mean the end of our good country as We The People considered it then. It was 1988, the Berlin Wall was going to fall, and a statuesque companion I should call Cassandra was staying with me in Switzerland waiting for the curtains to part and the parties to start, who, while charmingly recreating on my bed jarred me jejeunely out of the blue: “So…who’s the Next Enemy?”

Obviously a number of assumptions buttressed Cassandra’s question, but I believe it was an honest one. The political invention called a Cold War was coming to an end, after all. I thought about it, like someone whose greatest Christmas wish at 3 years old was an M4A1 model Sherman Tank could think about it, and I mean nothing less than a real, fully operational Sherman Tank with topped-off fuel and a full load of munitions ready to rock. With pillows stacked high enough, I might have driven it. Santa didn’t try to explain his firm refusals.

I was still young, in Switzerland. All the consumption of battles and wars and their echoes and my first wish for that tank had driven me up to the professors with policy papers, to their terse briefs and nicotine-stained think-"tanks” not far removed from hobbyists, cadets, and generals playing war games, to watching nations dance their strange and intricate steps, right up to the edge of that impregnable, symbolic, tottering Wall. I had not gone to West Point, the Air Force Academy, or Langley, but I had fresh command of a lot of material they would've taught me, with my own mind still intact. So I knew any victory party the Cold War could throw its warriors would prove too anti-climactic for them to handle, and they would feel entitled to more. A whole world more.

I came late to the Cold War game, anyone could see it was winding down by then, and those involved had my sympathy. "Empathy" might be a word more friendly to precision. There would be no cheering parades for all the long quiet efforts, and precious few medals, none for the hidden heroism of those who most deserved it. The public glory would go to the wrong people, as it so often does, and a lot of good officers were about to be out of work. Wall Street couldn’t absorb them all, and the cowboy elements had already completed co-opting the drug trade after Vietnam. Most importantly, the primum mobile was lost: the delicious, all-important sense of danger was gone, the real romances and adventures it fueled were already ending even if their budget strings hadn’t yet been cut. Nothing worse for a warrior to face than the freedom of grey, purposeless boredom. Better to be upturned from your canoe and drowned in the Chesapeake. No more open mistress in the China House for Poppy. Nothing left for him but to become a chaste President, that half-thanked task. The only important question, which Cassandra effectively asked, was "How can we keep the Great Game going?"

Because Cassandra asked it, I really, really thought and reached, drawing on all the toxins of an intellectually misspent childhood and youth: Money…Muslims…Naptha…Crusades…Arabian Nights...Iraq. Yes, yes. Iraq. Perfect! The Jewel of Baghdad. Oil. Who would care about Saddam Hussein? He’s the perfect villain. We’ve only propped him up so we could stalemate and humiliate Persia in the bloodiest battles since World War Two. But Saddam won't play ball. Too Arab. Too socialist. There’s the answer: betray Saddam, and you can rule the Mid-East from the inside out, then rule the whole world with its oil. Rule, America, Rule! Rule the sea, and rule the waves.

I'm not really sure anymore how much Cassandra led me or how much I thought up myself, but the pictures in my mind are still clear. The people whose thoughts I saw didn’t want the Old America. What they really desired was an older, primal, primate thing: to rule as princes and kings. I hardly knew who Dick Cheney was at the time, but in the substratum of his desire and those of so many others lurked the same harem I saw when I was a little, sexually awakening boy day-dreaming of my palace underground, with a secure and hidden hatch which locked from the inside.

As a child, I would take beautiful women of every nation there, dressed in various versions of the costume Barbara Eden wore in ‘I Dream of Jeannie,’ happily showing them wonders in exchange for theirs. Fortunately, that part was all very hazy. You might say the harem itself was built like a Sherman Tank, only much more spacious, luxurious, and well-padded. A harem, and Baghdad. I saw the men who bore these desires in my mind’s eye, and when they finally confessed them and ventured into the bright light of day, I knew them on sight. There wasn’t a damned thing I could do to stop them. Hell. I couldn’t even get anyone to believe what they were going to do. People still can’t believe what they’re doing right now, even though it's what has always been done. And lest you women think this harem dream abhorrent, or as something to be expunged, please remember that almost every little boy dreams of this by the time he is five years old. If it were not useful, we wouldn't have evolved it, and it's gotten us this far somehow.

The bright side? Our leaders are failing. Even more encouraging, they have horrible taste in women (well, Laura Bush looks kinda cute sometimes, but I bet Babs picked her out) and the harem is unhappy. Just like in Arabian Nights, the next prince will be a pauper, and sic semper tyrannis.

It was 1990. We werr at cafe eating pizza and drinking French beer in the Alsasce.

As for me, my big influence was drugs, the Velvet Underground, Milan Kundera, and Kathy Acker's "Empire of the Senseless."

It was not in Alsace. That was the next day, and then the beer wasn't French. So...what was the make and model of the car I used to drive there?

Assuming it's you: hope you've stopped breaking hearts and halting traffic. Thanks for everything, and the blue piece of the Wall is in the top shelf of my liquor cabinet. You might say it's a Chagall blue.