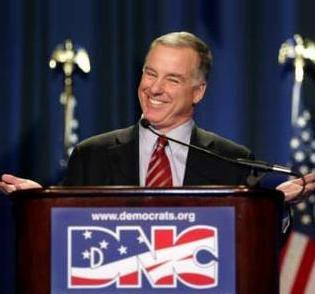 Well done, thou good and faithful servant. Don't you love the sound...of the last laugh going down?
Posted by MarcLord at 12:02 PM

One of the best Dems indeed.

No better evidence to back up his strategy than this map. (except for the election itself, of course)

And but for him, the Clintons would've taken the nomination. I know he stonewalled them, just don't have the evidence to prove it yet.

Gotta admit, I hadn't thought of that. Which one, do you think?

The Surgeon General...has determined...that being Republican's dangerous for your health.