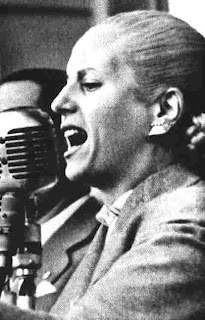 More Secretary Of State Hillary Clinton
The Dem caucus has mapped out their turf on healthcare (Kennedy and Baucus), and on seniority & leadership (Reid), just as the "Clinton as Sec-State" rumors began swirling and leaking. Leaking with two aides quoted in every story.

That's the kind of choreography we got from the Dark Side for 5-6 years after 9/11. Either the Obama camp wound up a couple of allies in Kennedy and Reid to show Clinton she wouldn't get Senate Majority Leader or anything in Health Care, or La Clintonessa heard the rumors and sent out feelers. Given the communications discipline (not among the core Clinton traits) the former seems far more likely.

Bottom line, her Senate opportunities were being closed off right around the time Sec State rumblings started. It will give her a world stage, more cameras, and possibly high drama, so my bet is she won't be able to turn it down.
Posted by MarcLord at 9:28 PM

And I would consider Hillary's nomination to secretary of state as Obama's first Blunder!

Hillary has no understanding of issues; is the mouth piece of AIPAC; and with her obliteration remark has closed all the doors of diplomacy with Iran--which is America's immediate problem.

I'd be in favor of Bill Clinton for SecState but not that vain and stupid woman!

To be sure, there are better-qualified choices, and I'll grant you the vanity & the Iran-baiting. Every American who wants to be president has to kiss up to AIPAC. Just how it is. And Iranian politicians aren't the only ones who have to posture and talk tough.

Never fear. Secretaries of State do not set policy--they advocate, deceive, and negotiate in service of a President's objectives. They serve at his whim and can be dismissed immediately. If she accepts, Obama will control her, and Bill Clinton will become an influential back-channel.

Sounds like a big payoff to me. It really is stinko. I'm thinking Wesley Clark . . . anybody listening?