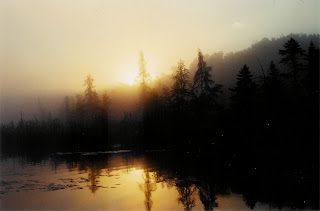 New White House Gives Early Hints On Climate Change Approach
But first, they have to watch the out-going Bush Administration raid the annual UN climate summit in Poznan, Poland, next month. At last year's summit in Bali, after weeks of intense negotiations and sleepless nights, delegates punted at the final hour and decided to craft a successor to the Kyoto protocol in December 2009. The Poznan summit will be an interesting place indeed, and the new clues are unabashedly in favor of cap-and-trade. Via the New Scientist:

There is a campaign underway for Obama to go to Poznań, but few believe he will. Instead, he is expected to send an observer. All this means expectations for radically different US climate leadership will be piled high on Obama's desk when he takes over the Oval Office on 20 January, 2009.

At a conference on carbon trading that took place on Wednesday, an environmental advisor to Obama sought to reassure business and policy-making experts. "The president-elect will move quickly on climate change," said Jason Grumet, Obama's lead energy and environment campaign adviser and possible choice for the new energy secretary.

"My suggestion to all of you is to enjoy the holiday season and rest up because I think it's going to be a very, very busy 2009," he said. He offered no specifics and answered no questions. He noted that the US has operated "a federal climate program with mandatory elements, for many, many years now."

(Picture above: dawn breaks through the mist over Colby Lake, New York, just above Saranac Lake.)