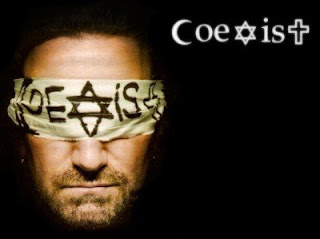 The Way To Succeed In Iran
We need to focus diplomacy and enforcement not on Iran's uranium enrichment program, but its missiles. If Biden and Obama can de-rhetoricize the background noise, they can orchestrate a Mid-East summit and cut a deal. Iran will receive assistance from (US) nuclear technologists to build power plants, and we (Israel) will get a treaty limiting missile range. The IAEA is very capable of monitoring on-the-ground enrichment, and a combination of satellite surveillance, HUMINT, and integrating Iran fully into the region's will ensure peace. This has a realistic shot of working now, and Scott Ritter (former UN weapons inspector in Iraq), has written his usual clear, expert prescription on how to do it, "With Iran, Obama Needs More Carrot, Less Stick." His concluding paragraphs:

In the end, Iran will probably have three choices to consider: continue its indigenous enrichment program despite the severe economic burden; drop its uranium enrichment program in favor of a secure, reliable international source of nuclear fuel; or seek to integrate its uranium enrichment and spent fuel reprocessing capabilities into a larger regional and global framework, one that not only provides economic relief for the Iranian effort, but also brings with it greater international scrutiny and inspection, adherence to international practices and procedures on the handling and accountability of nuclear material, and viability to any regional nuclear fuel bank that would incorporate the product of Iran’s enrichment programs. The integration of Iran more fully into the Persian Gulf economy is by far the best guarantor of long-term stability in that region. Iran’s nuclear program should be seen as an opportunity in this regard, not an obstacle.

As Iran heads toward a presidential election in the coming year, the United States—and the Obama administration—would achieve better and longer-lasting results by seeking solutions geared toward resolving the legitimate issues at play in the region, rather than creating short-term sound bites here at home. A clean break with the neoconservative policies of the Bush administration is a prerequisite for success, and achieving this requires great imagination and courage. President-elect Barack Obama has demonstrated the potential for both of those qualities. I hope that promise is realized.

All Iran wants is "recognition" of its power. It doesn't need much "real" carrots, really; it only wants virtual carrots like "respect", e.g. being allowed participation in the national security council, WTO, peace-process ... things like that!

Iran wantsdto not be called a "terrorist" country, when it is NOT a terrorist country/culture.

Iran wants to NOT be accused of aggression when it has shown NO AGGRESSION towards any country in the past 300 years.

Iran wants the world to APOLOGIZE to it for standing by silent, and even supporting Saddam's chemical war against Iran.

Iran wants America to APOLOGIZe for its interventionist policies; for funding velvel revolution in Iran

none of these will cost America anything.

oh, it's the greatest cost, naj. it would cost national pride and economic memory.

why does Cuba continue to get shunned and embargoed by the US? Why did Vietnam win a far more protracted and expensive conflict, yet win forgiveness?

Cuba pissed us off, and nationalized what companies had invested in it. Cuba's 60 miles away from Florida and hasn't been forgiven. The US had no significant economic stakes in Vietnam. Its war wasn't about oil. Now Cuba is sitting on an estimated 20bn of newly found underwater oil reserves. Hmmm.

Iran thwarted the will of the largest powers and companies in the world last century not once, but twice! No country has gotten away with that and even survived.

You are thinking rationally, my friend. America's history with Iran is about much more than reason, and the Bushes, Walkers, Rockefellers, not to mention the Brits would literally rather kill people than swallow the bitter suicidal pill of apologizing to Iran. We have brought them glasses of water, and will get the medicine down.

these oligarchs are not willing subjects. They protest that we shouldn't cut off their heads, as if we ever could.

Ans you know what, there is a little "teaser" in the heart of every single Iranian, who, IRRATIONALLY, cares more about the honor of "standing up to the bully" than the very essence of life, life, itself.

This is historical implantation, the grain of our psych; we have grown on the myth of "Persians outlive the empires with the power of their wit and culture" and we have Macedonians, Mongols, Arabs and Turks, Russians, and now Americans who have tested us on that resolve.

It is no coincidence that Iran's Cuba's best friend!

Naj : A toast to the Persians for standin' tall! You guys can drink... right?

that's a pretty good myth, given that it actually happened.

yes, which explains why they're best friends with Cuba.

I am just looking at that DL Hughly thing on CNN; he was interviewing that nose-broken australian/newzealander reporter of theirs and it was sickening listening to the DECONTEXTUALIZED bulshit he was blabbering about how Al-Quaeda is not America's danger but Iran is!

I wished to yell: "Monkey: Al-Quaeda is everyone's problem!"

It is such idiotic reporters posturing as informed and intelligent that are making our world into a paranoid one!

Um, I think of Israel as being everybody's problem.