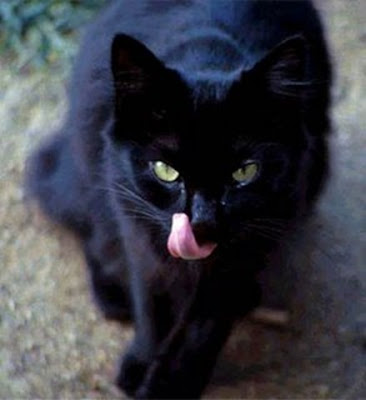 Vote For A Black, You Never Go Back
From the think tank cat-lobbyists at Zoey & Me:

True story. I'm waiting in line to vote and this redneck behind me says, "you votin for McCain"?

Redneck swallows what sounded like a fireball. "White"? he says.

I says, "Yeah, we had 8 years of a white guy and I ain't votin for another one".

One lady was laughing so hard she choked. Remember, I'm in Florida.

Good hard laugh but can't sit still. Pins and needles, one way or another we'll have a different country.
Posted by MarcLord at 2:33 PM

Yeah, in presidential politics, white guys have been undefeated and unscored upon forever, it seems. But they have run our country into the ground and our international reputation into the mud. Time for new talent from a new, untapped demographic.

This will change foreign policy. Funny thing, I didn't go into that business, it was too crazy then. But if I had, and survived, I'd be the perfect age and position for promotion.

Seeing through black eyes (I mean my wife's and I don't mean she punched me in the face) I see it won't just change foreign policy. It gives huge rejoicing and empowerment to the various non-white races of the world.

I did not know that; the Obama Doctrine (and there is one) is based on the concept of dignity.