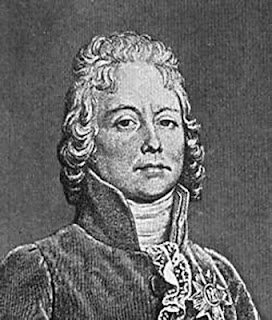 Secretary of State Hillary Clinton
While shopping at Costco today, a man loitering near the pickle jars noticed the "Hillary 2008" button (I volunteered at Obama's campaign HQ and found it in a pile of miscellany) on my jacket. He asked me, "What do you think of Hillary as Secretary of State?"

Surprised, I replied, "She'd be great. She's got the deception, the deviousness, studies up on the issues, and can turn on enough charm when she needs it."

The man stared at me, smiled and said: "You're not really a Hillary supporter, are you?"

"Well, sure I am. For Secretary of State. Better than Kissinger, if she takes it."

Didn't mention that I've been predicting this all year. Or that she bears a physical resemblance to Talleyrand.

"She'd be great. She's got the deception, the deviousness, studies up on the issues, and can turn on enough charm when she needs it."

Marc ... she could not even remember Russia's president name! come on! Nothing good in her. What happened to Kerry idea? Why not Bill? I even prefer that brainless, obedient puppet Condoleza Rice to Hillary!

She'll remember his name when she has to. This will get Bill's stature and instincts involved. That's (part of) the point.

Unknown said...
This comment has been removed by the author.
6:52 PM

Kissinger has endorsed Hillary Clinton for Scretary of State. I guess that just sews it up, huh?