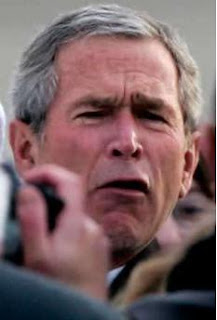 Got Treason?
Senate intelligence committee's Phase II report on pre-war Iraq is finally out. No news for the cognoscenti, but at least the little Dutch boys are running like hell from the dike. The cowardly little twerps. TPM has the specifics:

"Report on Whether Public Statements Regarding Iraq by U.S. Government officials Were Substantiated by Intelligence Information"

Here are the key points from the reports, according to a press release from Sen. Jay Rockefeller's office:

--Statements and implications by the President and Secretary of State suggesting that Iraq and al-Qa'ida had a partnership, or that Iraq had provided al-Qa'ida with weapons training, were not substantiated by the intelligence.

--Statements by the President and the Vice President indicating that Saddam Hussein was prepared to give weapons of mass destruction to terrorist groups for attacks against the United States were contradicted by available intelligence information.

--Statements by President Bush and Vice President Cheney regarding the postwar situation in Iraq, in terms of the political, security, and economic, did not reflect the concerns and uncertainties expressed in the intelligence products.

--Statements by the President and Vice President prior to the October 2002 National Intelligence Estimate regarding Iraq's chemical weapons production capability and activities [b]did not reflect the intelligence community's uncertainties[/b] as to whether such production was ongoing.

--The Secretary of Defense's statement that the Iraqi government operated underground WMD facilities that were not vulnerable to conventional airstrikes because they were underground and deeply buried was not substantiated by available intelligence information.

--The Intelligence Community did not confirm that Muhammad Atta met an Iraqi intelligence officer in Prague in 2001 as the Vice President repeatedly claimed.