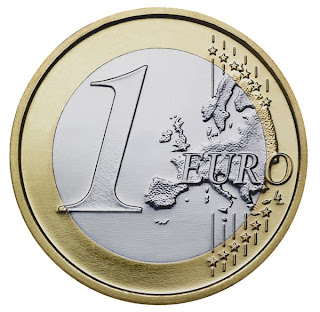 Brother, Can You Spare A Euro?
From the Forbes article, Treasury Department official says the US is not in a recession:

“I don’t think we’re in a recession and the data suggests that we’re not,” Treasury Assistant Secretary for Economic Policy Phillip Swagel said in a press briefing today.

Let's see here, oil hit $138, a gallon of gas is $4.50 at the beginning of summer, teen-age unemployment hasn’t been this bad since my grandmother was a teenager in the Depression, housing prices fell faster this year than ever before and it's just starting, foreclosures set another record, 3.5% of “prime” mortgages are heading into default, and the dollar is worth a passing "Leckt mein Arsch" (lick my ass) in German. The Dow fell 2.5% in the time it took to brew a freaking cup of tea Friday morning, the NASDAQ and S&P 500 foundered like broached dinghies, and unemployment, such as it is measured in this godforsaken echo chamber, shot up the most since 1985.

Whooo-weee, Mr. Swagel, you got it goin' on, brother. Pass that bottle, baby, you gotta share some of that good stuff! Don't you be stingy now, because every day is a party!
Posted by MarcLord at 9:58 PM

Hallucinigens come in a bottle?????

Right, it's probably not a bottle. Maybe it's nitrous, I dunno.

They're actually believing the guages on their own fake dashboard now. Uh-oh. I hope they hit the cliff with us, rather than go over it.