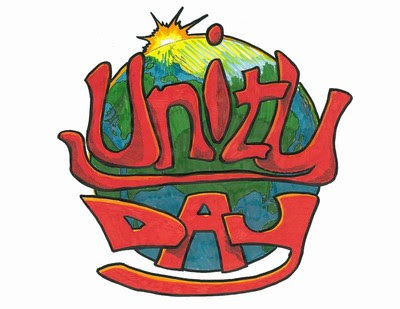 Democracy, Its Psychotherapy And Cure
Although it is called such, the United States of America is not and has never been a democracy. In legal writ and practical fact, numerous safeguards have been maintained to ensure against its ever becoming one. Women and blacks still aren't equal, and punishment for being poor now extends into the upper middle class. Still, you never know. Democracy could happen.

Through circumstances which defy convenient explanation, I watched the DNC Rules and Bylaws Committee proceedings on C-SPAN Saturday, holed up Howard Hughes-style all high-lonesome in a be-marbled Las Vegas hotel room. Except for dozing off a couple times, I saw the whole thing from about 2/3rds through Florida, and thought the horror show remarkable (almost regrettable) for restraint. Net-net, the HRC campaign was ruled and bylawed into a 50% Michigan-Florida compromise weighting after much twisting and kvetching. I wouldn't normally have watched this, but there was my general immobility to consider, and nothing better was on TV.

At times it looked and felt like an organization falling apart. Imagine, for contrast, if Florida and Michigan had bolted to the front of the Republican Party primary line. Zippo, nada, natch of their votes would be counted. If a couple of wayward states had given the RNC any guff, drunken thugs in pickup trucks would've dragged the offending apparachiks out of their homes in the middle of the night for manure-boarding sessions. The next morning, everybody would show up at the committee meeting shaved, showered, and smiling submissively, and their sole query would be, "Whose ass do I kiss first?" That's unity.

Whereas Democrats know all about diversity. And if any more diversity had gone on at the DNC, Harold Ickes would've dropped trou, shit on the Marriott's rug, started flinging turds at the co-chairs and said, "Look at me, I'm a gorilla!" This from the man who ran the party for 15 years, the incumbency-enhancing architect of the Super Tuesday soiree: "we need to make sure every vote counts." Oh, the passion, lo, the rampant egalitarianism. Listening to Harold, you could just feel liberty's heaving breast swelling to yell out, "Freedom! Freedom!" It was all I could do to not break out into the Pledge of Allegiance.

Simply put, Michigan and Florida Democrats were not well served by their state party leaders; they were insubordinate, intransigent, and insolent, and boy did they get off light. There isn't a leg to stand on: both states had the chance to do the primaries over according to the rules and have all their votes counted; they refused on the grounds of extra expense. A re-vote would have been the right thing to do, yet there wasn't a single word said about it by anyone who spoke into a microphone--curious, no? You could almost see the looming presence of Howard Dean in the ballroom, toying with a five-pound hammer and twirling a thumbscrew. The RBC committee meeting was more about putting down a snitty rebellion than about seating delegates, and the real question was whether the states and a significant, well-entrenched, and deeply unhappy faction would recognize the DNC's future authority.

In that context, the meeting's transparency was truly courageous--I can't imagine the RNC would allow live coverage in a similar situation. The committee's discipline was awesome, betraying guidelines that had been very well-rehearsed; it would have been easy, even natural, to rub the state reps' noses in messes of their own making, messes they had no excuse for. Although ironies and hypocrisies were flying fast and thick, that didn't happen. The most Shylockian propositions were accorded respect, and most anyone with a passing familiarity with Democratic party track record would've found it impossible to deaden impulses to derision without powerful incentives. For example, to the unremitting mantra of "disenfranchising voters?" Give me a break. Forty years ago the Dims settled on a nominee a full year before a ballot was cast.

Paradoxically, votes and involvement mattered more this time than in any other Democratic primary; campaigning mattered more; organization mattered more. As a brand, Clinton was as well-known as you can get, so she was not prepared for America's first real 50-state nomination fight. Everywhere Obama went, he closed the gap. He was down in Wisconsin by 20+ points in January. He traveled there and won it by 17 points. He was down by 24 in Virginia, began visiting, and eventually won it by 28. He was down by 20 in Pennsylvania three weeks before its primary, made a hasty tour and closed it to 9. The more exposure he got, the more votes he won. That's what happens in real democracies, that's the quality you want to see in your party's leader, and that's why the faithful have told Hillary Clinton to act like Robert E. Lee at Appomattox. Yes, your dead-enders want to fight on as an insurgency. Tell them to go home and plant crops.

The RBC's final vote bore the feel of a previous internal compromise and a carefully foregone conclusion. What was needed was done. Furthermore, it was the only actual open debate about an election or its processes which has occurred in my lifetime, and to my knowledge ever in these United States. I'm not sure of the full impact or follow-through, but that alone is no small thing. The DNC conspiracy, if such it was, expressed an even-handed but resounding "enough!" It gave the signal for the Clintons to pass the torch to a new kind of party, and it's going to be one far more representative and open than it has ever been before.
Posted by MarcLord at 4:58 PM

News is filtering across the equator that "never give up/in" Hilla-rious is contemplating defeat.

Have to admit that, however much i detest and loathe the "fundamental" image generated by generic "america", it never shied away from experiment.

from my limited point of view, Obama is the only hope that america has to restore some semblance of dignity in the eyes of the rest of the world. Be interesting to see how long it will be before he, also, discovers that the temporary residence on Pennsylvania Avenue is actually controlled by well entrenched interests that are not in the least bit concerned with spreading the notions of "democracy" or "compassion" .. heh.

Yeah, I think tomorrow everyone will be writing how "great" the Obliterator mrs was to finally concede oh so graciously!

I agree with everything you said except the key point: Pennsylvania Ave is controlled by economic interests, but it's a chicken and egg problem. A business-friendly occupant influences the equation immeasurably. Corporations do not control the military, nor do they even firmly control the intelligence structures. Look at Putin in Russia--no one gave him a chance in hell at reining in the oligarchs, yet he has been doing it. It's a question of intentions and philosophy.

yeah, I can't wait. Once people start calling for her greatness, I'll be taking the gloves off.

She won't concede tonight, that's for sure. She is delusional, and Bill is making her moreso. She will most likely suspend her campaign, continue to undermine or attack, and hope for a miracle by August.

Or plan one!
Delusional is a kind description of this creature.
I think she will run as an independent, should they really give the nomination to Obama!

"It's a question of intentions and philosophy."
Always a key point, Marc.