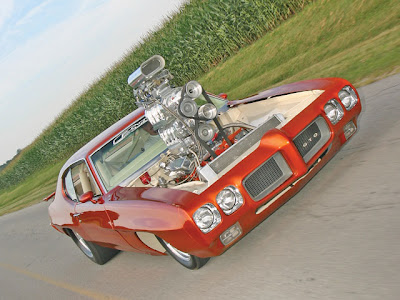 Competitive Environmentalism: Buying The Right Car
There are a lot of reasons for buying new cars. Mine are honestly motivated by lowering emissions, slowing global warming, and befouling the earth less, and I fully appreciate the pathetic irony of my position. Burning a forested park would probably be more earth-friendly. The energy and water required to find, dig and smelt the metals, run the factories, get workers to and fro, form plastics and vinyls, and assemble about 20,000 individual parts into a shiny conveyance would, I'm guessing, power and hydrate an average US residence for about a hundred years. And the aluminum, great Scott, the aluminum!

In most new automobiles, between 5 and 15 percent of their total weight is in aluminum. One time I got a private tour at the Alcoa plant in Vancouver, Washington, and learned that it used nearly half the electricity consumed by a little town across the river, the one called Portland, Oregon. The plant manager had a benign, wait-for-it smile as he let the stats he just quoted, something on the order of 500 megawatts (a small nuclear power plant's output) sink into my skull. Then as my jaw went slack and my lips started to twitch like a carp's, he told me how much freshwater was required to slake all the white heat passing through his humming facility. I don't remember the figure, but it couldn't be absorbed by the topsoil of entire counties, and he was talking about something the size of a respectable river.

Whilst I know my sins, I focus on how far I've come. Because of the ongoing, frustrating unavailability of quality plug-in hybrids, a couple of years back I decided to go biodiesel, a resolute experiment joined by an outwardly sleek Mercedes station wagon with the personality and hygiene of Lilly von Schtupp. Vehicular vaudeville is entertaining, learning experiences can be good, and fuel adaptability is a great feature in a car. But now that the best farmland in the US is under water, ethanol subsidies are sending corn feed to distilleries, and a bag of Doritos is heading to 17 bucks by November, biodiesel just isn't as consensual as it used to be.

Inside a year people will probably be yelling "Murderer!! You're burning food, asshole!" at drivers of diesel cars, self-righteous biodiesel bumper sticker on display or not, and woe be it unto us if, I dunno, there's a dog food shortage and People magazine puts pictures of starving, doe-eyed Cocker Spaniels on its cover. "Helpless Animals Are Dying because we're combusting food-oils" Then we'd really be in for it. If everyone in Darfur and Haiti dies from starvation, there'll be no backlash from that, oh no, but the potential plight of pets keeps me up at night. All it takes is one properly neglected, well-publicized mongrel, and biodiesel drivers will be dragged from their clattering, greasy vehicles, easily identified by the tell-tale smell of Chinese food, and beaten to death by mobs chanting, "That's for the puppies in Haiti! That's for the puppies in Mexico!"

No such fate for me and mine, no sir no ma'am. About six months back I began to engage in my second favorite pastime, car-buying. It's not quite as satisfying as buying new tires, true, as tire technology has greatly improved in the years since I began abrading them into steel threads--the research is quick and casual, the consequences for error less severe. With a car, it's a serious research project, and what with my city and neighborhood, the question of environmental friendliness is keenly incumbent in an urbanscape proliferating with scooters and SmartCars. There are certain constraints, attributes to emulate, even some appearances to maintain. While the ideal Seattle pimp-mobile would be one powered by light rains, there are plenty of more accessible performance options the ladies will appreciate, and some leeway left before we start shooting each other while siphoning gas tanks.

Personally, let's face it--notwithstanding our "friendly" competition with the ruthless greenies-next-door, the biodiesel-wafting Andersons (puppy killers), Casa Lord's carbon footprint is still about as svelte as that of Akron, Ohio. We could probably heat our house on just the junk mail we throw out, so we've fixed bayonets: gasoline, in moderation, is back on the table. With that in mind, here were some vehicular considerations:

1969 Pontiac GTO, "The Judge"
Buying a 1969 GTO and slapping a "Powered By Natural Gas" bumper sticker on it would be a hoot. Powered by any kind of gas mixed with a little nitrous oxide, and it'll run the quarter mile in 12 seconds and burn rubber in all gears. We're not looking for a commuter car, so this would be bitchin,' and smacks the "Fun" category right outta the park. Of course, my memories of its weak drum brakes are unnerving. They burn into crispy, useless asbestos vapors under moderate demands, the perfect pairing for your pants-pissing terror while Dead Man's Curve speeds like a 95-mph anvil towards your head, you're exerting 600 ft-lbs. of force on the brake pedal, and you finally have to toss into a last-chance 75-mph powerslide to scrub off speed and hope to survive. Fortunately there's lots of crush space if it doesn't roll over, and it can get above 10 miles to the gallon under perfect conditions. Fun, roomy, simple, girls still love it and it holds value well, although it's dangerous, impractical, and out of touch with the times. Mental note: great brakes are an absolute necessity.

SmartCar
Very cute, utilitarian, excels by getting 55 mpg and, as a bonus, is made by the people who brought you the Swatch. Compelling street cred, but only has two seats and three cylinders. The brakes are fine, and don't really matter, since stopping quickly exponentially increases the likelihood of getting rear-ended and killed. With a wheelbase of only six feet, it can get crushed like a styrofoam egg carton between a Ford F-350 pickup and a Jeep, and the air bags won't help much with your bodily fluids squirting out through the door sills like grapefruit juice. A step forwards, but one too far. Next on the wish list: excellent crash safety.

Toyota Prius
The 2009 model year had potential, promising 85 mpg in plug-in hybrid form. The #1 search on Cars.com is for the Prius, but Toyota couldn't deliver a plug-in hybrid for 2008, the mileage numbers for 2010 versions still aren't set, and snagging a mystery model by mid-2009 means ponying up six or seven grand above sticker. That combined with 96 cubic feet of non-configurable interior volume means there's about enough space for 3 passengers with their medium-sized orders of McDonald's fries, nine napkins, and 2 laptops in the battery-crowded trunk. I'm exaggerating slightly, but a vacation with a wife, one car-seat-bound kid much less two and their luggage are out. That, and it doesn't exist yet. Hyper-mileage bragging rights, commuting godhood, and adequate brakes will, eventually, be in.

Various Micro Cars, New And Used
Small cars are to the auto industry as chicken breasts are to a fine restaurant--the chefs hate making them and the waiters hate selling them. Unless soaked in something exciting, like maybe napalm, they're the blandest, cheapest entree on the menu. Very hard to make money off chicken, which is only on the menu as a nod to desperate vegans and Pritzker patients. Basically, most micro-car design teams are given four pogo sticks, wheels, a chainsaw and a roll of wire and told to make something "better this time." Small cars are usually conceived with indifference at best, are sold by American car companies with unconcealed revulsion, and as a driver you're expected to forgive some major oversights and annoyances in your motoring experience in return for low cost. (Btw, almost all small American cars are re-badged Suzukis, Kias, Nissans, Mazdas, or Toyotas, and that's a good thing.) Twenty-plus years ago, when Japanese cars were still actually small and had excellent mileage, they made wonderful things...but we were hoping for something not old and busted. Now they and even Koreans make excellent, luxurious, top-performing mid- and large-sized cars, but collectively they have the Enviro-Cred of The Dukes of Hazzard. "Small and good, small and good," goes the mantra.

1912 Stanley Steamer
Although it has a safe top speed of only 21 mph, it seats four, is a tidy convertible, can be stopped by any two-by-four dragged on the ground, and represents a fantastic solution to our junk mail problem. Downside: can be hard to find. Six months of Craigslist and Ebay searches didn't reveal one for sale.

Mystery Solution Car!
You've no idea, in trying to be low key, how little I've indulged my automotive OCD impulses here. But this post is already too long, and I'll report back with what we got later. Criteria were reliability, big car in small package, agility/handling, good mileage, nice looks, decent comfort and amenities. Oh, and an internet search hint: it has the highest lane-change speed ever recorded for any passenger vehicle sold in America, faster than the hottest Corvette you can buy, faster than the hottest Ferrari. And those aren't passenger vehicles.
Posted by MarcLord at 9:34 PM

I'd say keep what you've got for now. More Haitian puppies die in boat rides with their masters than starve to death.

You should expand on this and finish it and make it some sort of article for a car journal. There must be people who sit around all day and read essays like this one. Good work!

You should expand on this and finish it and make it some sort of article for a car journal. There must be people who sit around all day and read essays like this one. Good work!

will keep that in mind as you luxuriate in Shakespeare and vodka down in your Oregon enclave. ;-)

will do. This is the first time you've liked a post so much, you commented twice!