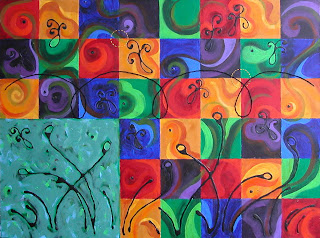 Barack Obama's Broken Promise, Its Connection To Gay Crack-Smoking Sex, & Power To The People
The Obama campaign has gone back on its pledge to take public funding; John McCain is miffed as a mo-fo, and sharply rebuked the Illinois Senator:

"This election is about a lot of things. It's also about trust. It's about keeping your word."

Hahaa-ha-ha! I laugh like a drain! (John. Please. Stop it with writing one-liners for the Daily Show--they pay comedians to come up with this stuff at Writer's Guild rates. You're ruining livelihoods, man, taking food out of kiddie-mouths.) Umm, like we couldn't see this one coming? I tell you, after living through 30+ compressed years of fetishistic fascist fart-blasters running loose over the land, it's hard not to engage in what the namby-pamby crowd would call Schadenfreude, or joy in the pain of others. So like a good liberal, I will high-mindedly and nobly suppress evil laughs and any cackling, derisive voices threatening to part the bonds of the Good Graces. Like this one: "How ya like getting fisted, Walnuts? Take it from a Democrat, mwa-hahaha!" Uncharitable graffiti, no one knows where it came from: "Eat shit and die on your vomit, fellating corp-whore!" Or yet again: "How's it feel getting your ass whooped by a muslim-named liberal negro, McBeeyotch??"

Bear with me. I promise to get to the gay sex and coke, very soon, probably in a couple of paragraphs. I realize, almost no one actually gives a shit about campaign finance, and reading about it is like studying tetanus inoculations. It's boring, and it aches. Sure, Obama's Web 3.0, small-donor approach is a seismic tectonic event, kinda like declaring independence from King George, but it's dull-ass booooring. (Now, in my mono-maniacal voice: "You'll see. Oh, you'll all see!") In large part it's boring because both campaign finance law and practice are purposefully obscure, exist in a legal zone run on Heisenberg's Cat principles, and were written by a collaboration of John McCain's staff and his lobbyists. How does someone like me read them? By neglecting family, so you don't have to. The basics are these:

1) if you're an individual you can't give much money or buy John McCain a Patek Phillipe watch like you used to, but it's ok to lend him the indefinite use of your Ferrari, yacht, or children. You, qua you, can only give $2,300.

3) If you're running for President, you can eschew direct contributions from citizens and corporations in return for a lump sum of $85 million dollars, a Door Number Three solution if there ever was one. Not bad, really, except that's only about enough for a campaign's worth of ads in the infomercial time slots and a couple of bus rides.

Political infomercials. Ha! "If you vote in the next five minutes, we will reduce your yearly income tax by $49.95 AND include not just one, but TWO repaired potholes!!" Hell, I don't even know why Haz-Mac wheezed like a militantly hypocritical old grumpy-gus; given the huge loophole in category 2 above, there's still plenty of time and corporations eligible to fund Republican Political Action Committees. There is a huge, voluptuous reservoir of anger to tap into, and they can run ads like this one:

"Hello, my name is Larry Sinclair. Barack Obama is my former lover. We mainly conducted our affair in limousines, and we usually smoked crack cocaine together before performing oral sex. On each other, numerous times. Barack now gets off presenting his white-washed version of 'Family Values' to our unsuspecting country, but in 1999, he got off with me!"

Lest you think I'm joking (which ok, I kind of am) this isn't very far-fetched. Rather, it's fetched, it's completely and wholly fetched. Larry Sinclair of Duluth, Minnesota is a concerned citizen and gay man who has been making these exact claims, as he did this Wednesday for two and a half hours on a national stage. No, really: he paid the National Press Club $3,000 to have a conference in the "Holeman Room" and a couple dozen political-beat reporters attended. I'm not suggesting a Republican conspiracy propped this perv up for later consumption in front of supermarket check-out stands, no. The country's Polar Moment of Screwed-Up Inertia is still operating at "Feral Pit Bull Humps Poodles in Westminster Dog Show" levels. Clearly, things like this can just happen on their own, and I'm barking down a different tree.

Sinclair previously posted a YouTube video which consisted of him in front of a little camera giving his Obama gay crack schtick, a capella. And then he started a blog. The vid got almost a million hits on YouTube alone, and the comments sections on any one of his blog posts might get filled with over 1,000 responses. This is blog Street Cred. (Geez. Maybe I should finally come out about my McCain affair, when he fondled me one torrid night in Tempe, Arizona.) Next, Sinclair showed up outside the DNC committee meeting on May 31st to ostensibly show support for Hillary Clinton and got some press coverage.

At this, Obama-supporting bloggers began to take more serious umbrage and scrutiny. The uber-lib Firedoglake took up a petition to bar him from holding a conference, which no one at the National Press Club dignified with a response because Firedoglake sent no cash, no wads of cash, merely generating 11,500 utterly useless signatures. However, other bloggers played investigative reporter/news outlet, and this is where it starts to get good. Whitehouse.com offered Sinclair $100,000 if he could pass a polygraph test, one which he took and failed. Others did some digging on Sinclair's past and present, finding that he has done hard time for fraud and felony forgery, has a whole shopping list of charges over 27 years of various twisted stuff, and has outstanding warrants in at least two states, Colorado and Delaware.

A couple who blog from Paris (bastards!), the Mitch and Nan Show, had been focusing on Sinclair for awhile. They even maintained a direct blog-blog correspondence, or more like what we used to call a flame-war, with Sinclair, who began threatening to hunt Mitch down and kill him every other paragraph or so. Anyhow, one of the M&N Show's readers lives in DC and tipped them off to how to get the cops to show up at the National Press Club. Using Sinclair's own blog posts about his conference Wednesday, they were able to prove his whereabouts and provide his photo to a police unit responsible for picking up fugitives. Sinclair was arrested right after his appearance, new navy-blue suit and all, hand-cuffed and carted off on a previous charge in Delaware. Having skipped bail before, his request for it was denied.

Both the campaign finance and Larry Sinclair stories are really about how the internet as we know is redistributing power as applied to political involvement in the Kentucky rifle sense of the word, and to digital journalism in the original "journal" sense of the word. It's happening right in front of our noses, so you'd think it would be obvious. It isn't. Since I've already harped enough on our shortcomings and evolutionary gaps as primates elsewhere, I won't make ontogeny recapitulate phylogeny all over again. Simply put, never having been faced with any comparable cheapness and speed of information transmission before, it's understandable we're largely missing the implications of what's going on. It's too fast. Coherent emails are really too much to expect out of humans. When McCain challenged Obama to ten "You Be Lincoln, I'll Be Douglas" (ahem) town-hall debates, someone from the McCain campaign actually flew to Chicago, took a taxi to HQ Obama, and handed over a piece of paper with suggested locations to a campaign staffer. The paper was handed over like it was an invitation to a duel, circa 200 years ago. The staffer took it, unfolded it, sighed, and said: "You know, you could've just emailed this."

McCain is pissed because Obama has tapped into sustenance he can't get at: the taproot of something akin to a participatory democracy. Traditional, credentialed "what happened?" news reporters are pissed (or would be if they had more clue about what it means for their collective future) because they showed up at a wanted felon's press conference and patiently asked him serious questions regarding an alleged affair with Obama, not realizing he was also a former mental patient. That's forgiveable, but he had a kilt-wearing lawyer in tow, a lawyer who before the conference began explained why he had to wear a kilt--in order to accommodate his exceptionally large genitalia in comfort. (Happened.) I mean, hello: McCain can't get enough ordinary people to give him money. Two dozen D.C. political presstitutes couldn't find their inner Lois Lanes long enough to figure out they were being had by a dual-diagnoisis ex-con. The system, is it much broken yet?

For campaign finance, people who have no business whatsoever making donations to politicians, as in populist pipsqueaks like me, we're fighting with huge corporations over whose asses politicians have to kiss more. In the process, even if we lose, we are redefining how laws will be written, like perhaps not by the business interests they're supposed to apply to. For what we call The Press, people who can't live without spell-check and ran away screaming from English classes are putting regular beat-downs on publicly traded reporting. Bloggers handed in their homework for free and put a criminal in jail, plucking him out from under The Press's elevated nose. Is there any telling where this might go? =)
Posted by MarcLord at 12:26 PM

Great piece of work, Marc, I loved it!

Thanks, Tim. Was a little stream-of-conscience at some points, so I edited some stuff out. We bloggers really do make a difference, the medium is the message, etc. =)

greetings from the bush country to my favorite bloggers :)