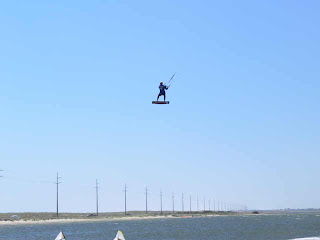 Lookout Below: Global Financial Acid Reflux
Banque National de Paris (BNP) Suspends Trading In Three US Real Estate Funds
This is big. Watershed. The sub-prime implosion is spreading to international banks, including the oldest bank in France, which halted trading of key US mortgage-backed security funds because they can't pay scared investors by foreclosing on homes. In response, the EU Central Bank opened the credit window as wide as it would go, pouring out $100 Billion new Euros yesterday. Overnight interest rates went up anyway, and the Dow Jones Industrial Average went down almost 350 points. The Federal Reserve and the largest US banks couldn't stem the tide, even by buying underlying stock derivatives at 100:1 leverage.

American Home Mortgage, a top-10, well-respected mortgage lender, filed for Chapter 11 protection 3 days ago. If you are holding regular mutual 401k funds, and were considering taking them out into something more defensive, now would be a prudent time. The skids might be averted yet, but if not, here's how the official blame might be pronounced: it's irresponsible of people to not pay their mortgages, and the French were irresponsible to start the avalanche. Nothing to do with the past decade's monetary policy of easy loans to rubes. Nothing to do with inflated appraisals, property flipping, and hefty closing fees to look the other way. Nothing to do with giving zero-down home loans to the tune of a million dollars.

BNP Paribas Investment Partners suspended the calculation of net asset value, the issuance of subsciptions and redemptions in the funds.

The market for ABS - securities backed by assets such as mortgages, loans, leases and credit-card debt - has come under pressure recently as a related consequence of problems in the U.S. subprime mortgage market. BNP Paribas’ move follows similar action this week by WestLB Mellon Asset Management, the asset management joint venture of German state bank WestLB AG and the Bank of New York Mellon Corp. (BK).

BNP Paribas said that “the complete evaporation of liquidity in certain market segments of the U.S. securitization market has made it impossible to value certain assets fairly regardless of their quality or credit rating.”

As a result, the bank said it would suspend three funds - Parvest Dynamic ABS, BNP Paribas ABS Euribor and BNP Paribas ABS Eonia, which are now worth a total of around EUR1.6 billion, down from around EUR2 billion two weeks ago, a spokesman said.

All funds combined at BNP Paribas Investment Partners are worth more than EUR350 billion.

“The situation is such that it is no longer possible to value fairly the underlying U.S. ABS assets in the three above-mentioned funds” and “therefore unable to calculate a reliable net asset value, NAV, for the funds,” the company said.

The bank has been unable to find prices in the relevant parts of the U.S. credit markets since Monday, Alain Papiasse, head of BNP Paribas’ asset management services division told Dow Jones Newswires in an interview.

BNP Paribas Investment Partners, the unit managing the funds, was able to find prices quoted as late as last Friday.

“Since then, liquidity in some parts of the U.S. credit markets has dried up. To be honest, I don’t know why,” Papiasse said. There is no primary issuance and it’s impossible for those seeking to refinance ABS-related funds with any link to the mortgage market to do so, he said.

The valuation of the funds and the issue and redemption process will be resumed as soon as liquidity returns to the market, BNP said.

“There is a certain degree of herd behavior here,” said Cubillas Ding, analyst at research and consulting firm Celent.

“Securitized assets that have underpinnings in the U.S. subprime market may now be difficult to put a price tag on, given market sentiment - as there is still lingering uncertainty whether the meltdown has greater knock-on effects down the line,” Ding said.

Marc, good work. Few people can recognize important moments in history at the time they are occurring. Your article certainly drew my attention past the misleading facade of financial headlines.

Interesting, isn't it, that a study of booms and busts over centuries, of periods of reckless high-risk lending followed by the completely predictable consequences, shows that the present situation is part of the eternal recurrence.

when would be a good time to buy a house in the US?!

Marc, I refered to your montreal plans :)

I've been watching this one for a long time Mr. Lee. Didnt want to jump the gun. They can flood the markets with liquidity and make the €¥•£! banks whole. But they won't give people money to make their mortgage payments. (That would be Marxist.) This is probably the start of the Big One.

Gooood question! One metric which might be effective would be to watch a 2nd tier market like Calgary. When its prices begin to stabilize, then most 2nd tier US prices will also have bottomed. This of course isnt certain.

Re: Montreal, I must have taken a wrong turn across the border. Am in Victoria this morning, sorry to have missed you!

And poor little me was giving you all those restaurant tips ... pfffff :)

Must be why Paris Hilton put her house in Hollywood up for sale.

I have a few restaurant tips for you now, too. ;-)

Nice catch, the two events may really be related. The Hiltons have very good investment advisors, and seem to like money a great deal. ;-)