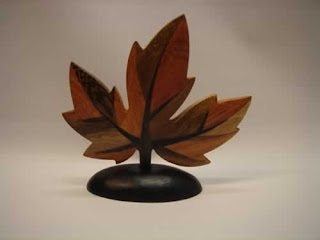 Re-Tour
Back from Canada. To America. So much alike, so many contrasts. For example, did you ever hear the phrase, "Blame Canada first?" Well, you have now. I invented it. And as the comedian Lewis Black says, living in America is like "being on the Titanic every single day and being the only person who knows what's going to happen."

Victoria's English Inn & Resort failed to impart comparable angst. It was more like being part of the Swiss Family Robinson, with yummy extras like good books, a sumptuous dining room, cacophonous kitchen, and a highly efficient wait-staff. Very cool.

The border crossing into the US was just like Canada's, except there were not one but two of them, starting with the first check-point at the ferry terminal in Victoria harbor, where a sign states like some freakazoid Zen master: "You are now on U.S. soil." Hmm. (Technically, it was linoleum.) Yeah, and instead of providing any hint of welcome such as we received on entering the Great White North, US customs agents have been trained to assume you must be smuggling a couple bricks of blow and possibly have a bomb in your pants. (Heheh!)

The reception may be chilly but it's perfectly understandable, professional, and polite...if we're coming from a starting point of paranoid delusion. Which, it's quite obvious we are. Canada "gets it." On our way to the ferry terminal, we saw people laughing at something in a shop window, so we stopped to look. It was a T-shirt. It said:

Canadians are just like Americans
except they're un-armed
and get Health Care
Posted by MarcLord at 7:48 AM