The Cheney: Its Camoflage, Morphology, And Evolutionary Cycle
The clip above shows the impressive ability of an appropriately adapted Cheney to imperceptibly blend in with a host populace. Notice how it made reassuring noises while wending its way into a position of central authority, much like a heart-worm uses the circulatory action in a mammalian venous system to eventually reach its target. I offer a draft entymological synopsis for your peer review. 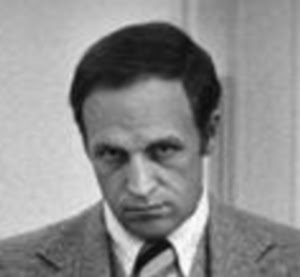 In this stage the cheney's external carapace is strikingly human-like, and it will attempt to use its considerable powers of mimicry to pass itself off as a human being. It must be careful to shield its internal systems from investigation, however, since its body is actually composed entirely of a combination of cesium, concentrated evil collected in a bolus within the chest cavity, and a malleable semi-organic compound known as floama. The larval cheney will seek positions of power in order to fulfill its primary evolutionary imperative of maximizing human suffering. 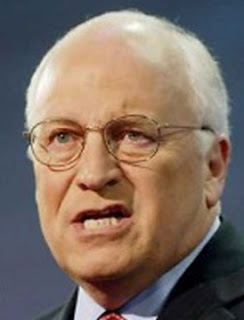 In the pupal stage the cheney's floama begins to coagulate, causing decomposition of the human-like carapace and therefore substantially heightening the risk of detection. Adults who have become acclimated to the cheney in the larval phase may not notice the decay of its outer layer; however, it must be careful to avoid dogs and small children. If its quest for power has been successful, it will use this power to attempt to shield itself from further inspection.

As notable as the physical degradation in this phase is the ethical corruption, which accelerates greatly as the bolus of concentrated evil reacts with the cesium and begins to disperse, slowly permeating the organism. The extreme and clearly non-human level of malice exhibited by the pupal cheney may arouse suspicion, but it will generally be able to continue to evade detection long enough to complete its metamorphosis. Eventually the floama will achieve full realignment and the evil will dissolve the now-vestigial outer carapace, leaving... 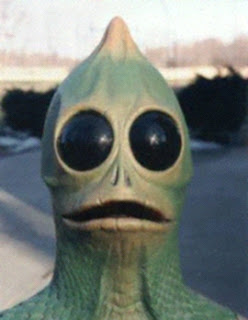 ...the fully mature, adult cheney. No longer constrained by its pre-adult need to operate invisibly within human society, and virtually indestructible due to its fully-hardened floama superstructure, the cheney is now free to openly indulge its preferred diet of human young.

NB: This discussion has focused on the dick cheney; cheneys grown from other harvested body parts such as the lung or elbow may exhibit slight variations in morphology (e.g. in the corona capitis of the adult phase).

(Apology: I have left the credit to the end, hoping that you'll think I wrote the above. Alas, except for the first paragraph above, I did not, but stole this piece o' resistance from The Distant Ocean, found via Scruggs, both bloggers well worth checking out.)
Posted by MarcLord at 4:16 PM

Pretty sweet, even if you didn't write it. I'm sure they were totally channeling you.

Enjoying your stuff. We met you at Mona's a couple weeks ago.

Thank you very much for de-lurking, and for the delightful tone of your comment. (They were channeling something, alright.)

Lord Wife and I hope to meet you and Mrs. Perils again. Just to prove it was possible (rather than just clicking on your name-link) I googled again and finally found your blog, which I incorrectly remembered as "too much caffeine in the evening." Adding 'seattle' and 'phil' to the search terms did the trick: