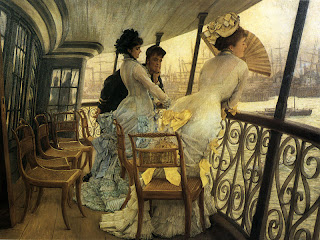 Rudyard Kipling, Back In Fashion

Rudyard Kipling was born in Bombay, and Hindu was his first language. He uses "Aryan" in its correct sense above, meaning someone of Indo-Iranian ethnicity. Kipling had direct experience in the Eastern mind, and considered himself an Anglo-Indian. Along with his poetry, verse, and his fore-shadowings of science fiction, much of his writing concerned the East, including many of its fairly tales. Kipling lived a sort of dissident life in Brattleboro, Vermont until 1896. Able to see colonialism from a number of angles, he both disturbed and mollified his contemporaries with his knowing, somewhat veiled satirical stilettos, and his prophetic publications on that subject.

For example, many in England were heartened by "The White Man's Burden," and widely used it for decades as justification for continuing occupations. The phrase entered common parlance as a real duty, to improve the lot of the benighted heathens with the application of Christian faith, military discipline, and economic reforms. In reality, Kipling's 1899 poem was written in a voice of purely caustic satire. Its subtitle is The United States and the Philippine Islands, and it can only be read as a warning to America upon its invasion of the Phillipines, as it can be seen embarking on a road of difficulties and disillusions, traveled by Britain long before. The poem is worth reading in full, but here are two selected verses:

Take up the White Man's burden--
The savage wars of peace--
Fill full the mouth of Famine
And bid the sickness cease;
And when your goal is nearest
The end for others sought,
Watch sloth and heathen Folly
Bring all your hopes to nought.

Take up the White Man's burden--
Ye dare not stoop to less--
Nor call too loud on Freedom
To cloke your weariness;
By all ye cry or whisper,
By all ye leave or do,
The silent, sullen peoples
Shall weigh your gods and you.

It comes as a surprise to me that literary authorities argued, and still maintain, that the poem should be read as a ringing endorsement of imperialism. Kipling's other works of the time, critical of imperialism and sympathetic to the poor soldiers sent to enforce it, do not support that supposition. Maybe the Main Stream Media has deeper roots than we know. The painting above, 'The Gallery of H.M.S. Calcutta (Portsmouth) is by James Tissot, an artist whose subject matter was often the leisure and grandeur of a prior country's Victorian Age.
Posted by MarcLord at 6:04 PM

I can't say why people would think he was endorsing imperialism. He seems ambivalent to me most of the time, when not outright censorious. Perhaps it's one of those cases of perceived insufficient condemnation being taken for approbation.

"I would not dig, I dared not rob,
therefore I lied to please the mob.
What tales will serve me here among
These angry and defrauded young?"

Yet the Norton's Anthology labels Kipling as a supporter of the Great War, and "White Man's Burden" as an ardent endorsement of colonialism. You're probably right with the insufficient condemnation angle. He was not too condemnatory in polite society, where he sent mixed signals, and sought to strip away illusion more through his literature.

By the way, Rober Bly has been to Iran recently? I learned from Bill Moyer's interview with him.