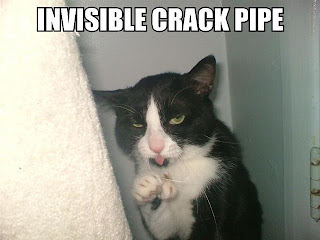 Cindy McCain's lawyer, John Dowd, complained about the New York Time's factual coverage, threatened a libel suit, and accused them of not digging enough into Obama's youthful drug use and his failure to rescue ancestral Kenya from poverty:

It is worth noting that you have not employed your investigative assets looking into Michelle Obama. You have not tried to find Barack Obama's drug dealer that he wrote about in his book, Dreams of My Father. Nor have you interviewed his poor relatives in Kenya and determined why Barack Obama has not rescued them. Thus, there is a terrific lack of balance here.

What Dowd apparently doesn't recall is that the New York Times, like other news outlets in the country, had already chased the Obama drug story for juicy details, and a Times investigative pieces reported what anyone who has read "Dreams From My Father" would suspect: if anything, Obama overstated the drug use in his books.

As I said today, this is an attempt at projection in the hopes of derailing questions about the Prescription Princess and her PRESENT-DAY drug use.

Really? Will come by to check it out...

Drop by and see us. An item of interest awaits you.

As usual JR does not fail us with his apt descriptors of America's Rich and Famous. Cindy McCain is fair game. She stands robotic like with her husband and occasionally says something nasty about Barack Obama. As I said she is fair game. Dowd's squawking won't change that nor will it redirect the focus.

Many media types are debating whether it was right for the NYT to run this again so late in the cycle. Journalistic ethics, as if. But this isn't about vengeance or mercy, just efficiency. Fact is, this woman is a political creature who created and sustained John McCain both as a US Senator and a candidate for president.

Agreed Marc. The Right wants to have it both ways. Of course they make the same claim when it comes to the left:-)