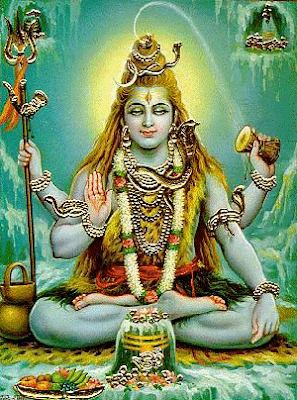 Shiva Gets His Nukes Back
Against the week's chaotic backdrop, a high-impact foreign policy decision was made without perceptible coverage or forbearance, one which signals a major shift in risk factors. Congress and the White House passed legislation allowing a nuclear deal with India, despite the latter's refusal to sign the Nuclear Non-Proliferation Treaty or allow transparent inspections of planned reactors. Under the deal, only civilian sites can be inspected, and India defines what "civilian" means at any time.

In other words as of today, India is an official sorcerer's apprentice to The Bomb, which will be made on their soil by United States nuclear engineers. Behind the kabuki screen, America's long, strained, ever-hopeful, ever-cynical relationship with Pakistan has been scrapped and there is a new backstop in the "Global War on Terror." India will be used to strike fear in the hearts of Pakistan's generals, and, it is hoped, as a way to split up an emerging BRIC (Brazil, Russia, India, China) Bloc.

Proponents of the deal push it as enlightened self interest, pointing to its positive effects on energy, strategic alliance, and economy. Those hopeful positions give scant cover to the move's desperation in ending the 30-year ban on nuclear fuel and technology sales to India. Its successful tests in 1974 provided the major inspiration for having a Non-Proliferation Treaty in the first place, and for Pakistan to clandestinely develop its own Bomb. Given their acrimonious past, the circumstances surrounding the formation of Pakistan, and the incipient defeat of the West in Afghanistan, it's difficult to see how a nuclear incident between it and India can be long avoided.
Posted by MarcLord at 10:38 AM