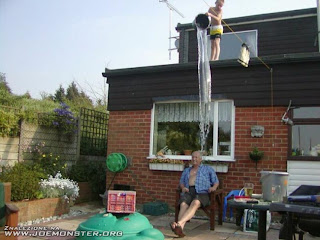 Wolfiegate
Here's Pat Lang's take on the Wolfowitz woes (starting out with a Financial Times quote, Pat's commentary is below the break):

"It is important to understand what is not at issue here. It is not Mr Wolfowitz’s unpopularity, even though his role as an architect of the Iraq war made him disliked from the start. It is not failures of management, even though his reliance on a group of outside appointees made him mistrusted by many inside and outside the Bank. It is not disagreements over development doctrine, where some convergence of views has occurred. It is not a romantic relationship with a subordinate, itself hardly a rarity in today’s world.

The issue is whether the failures of corporate governance are serious enough to damage the Bank’s moral authority. In a world where curtailing corruption and improving governance have become central to the practice of development, the world’s premier development institution must, like Caesar’s wife, stand above suspicion." FT

IMO, he is a war criminal. Men were hanged after WW2 for "planning and waging aggressive war." What did he (PW) do? IMO, he was at the heart of the conspiracy to persuade GWB to invade Iraq (for whatever set of reasons that you prefer), depose its ruler, destroy its government and substitute another more to our liking. Is this not "planning and waging aggressive war?"

And now this over educated and deceptively mild mannered nitwit has literally and figuratively screwed himself out of a job. His penchant for such behavior has long been known among the cognoscenti in Washington. Under most circumstances I would not take notice of such personal details in his mis-spent life, but in this case I can hardly wait for the denouement.

Of course, the MSM is much more interested in the moral drama of Imusgate, but, what can one say about that? pl