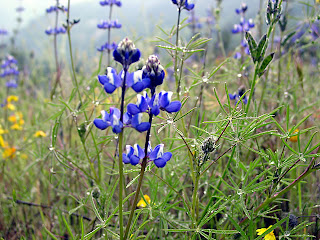 Spinning In From The Cold
Karl Rove's dog ate 4 years worth of e-mails, the Sunni insurgency in Iraq sent a suicide bomber to detonate its share of
parliament, and our quiet downstairs tenants flew to a wedding in San Francisco. Leif the former rock star left to go back home, and our Mr. Butler went back to his sister's submarine base. We were all introduced, thanks to Michael, this week, to Regina Spektor. She was trained as a classical pianist in Russia, and grew up in Brighton Beach. It was about time to know Regina, and right now I might now be happier than I've ever been. That's the impact real art always has on me.

With the downstairs tenants gone tonight, we blared the stereo the loudest it's ever gone, the dial goes to 13 I think, and Lord Baby got into proper spirits and ran around the fireplace to dance with us in the living room. We tossed him up to our curved ceiling by his legs and by his head with all of us laughing and giggling until we got sweaty and tired. Then we threw him into the pillows on the couch and got sweatier and more tired. He would bounce down, laugh, bounce up and turn around again, point at the most rested one of us and say "Your turn!" Off we would go again, dancing in our windows, in full frontal view of our neighbors. We danced until a half an hour ago, with loud music, Indian war whoops, and no regrets. With lots of dizziness from the spins.

I thought of Japan today, and necessary deceptions. I thought of Germany and Austria, Switzerland, Rumania and the former Czechoslovakia, of blood matted thick in black hair in Korea. Of indulgences in Sweden and Denmark, of Norwegian tax fugitives and holidays in Verbier, of Finnish guts and losing a tooth north of Beijing, of getting harmlessly sick in the Yucatan, of spying for Mormons and the prisons in Yugoslavia, of the marble sculptures in La Spezia and the Mossad in Los Angeles.

I let two members of my team smoke hashish in Amsterdam. I woke up without alarm clocks in Provence and wondered about the wonderful things I would eat and drink that day. I think of never getting to see Bali/Sri Lanka. Of falling in love with my beautiful wife outside the Jimi Hendrix Museum before our first date, calling her a good girl/noble woman on our entrance to the Microsoft party, of stuffed squab and unpastuerized cheeses after swimming all day under the cliffs of the Calanques, of lawsuits and dinners with the money-men pushing airline TV. I think of a British Foreign Service agent and his Oxford cricket bat which cast no shadow, pouring amicable Sambucas into our relaxed and ice-filled glasses by his blue and private pool. The satellites passed above all our heads unobserved despite their precise schedules tonight, and our son looked up at the stars with us and fell finally asleep to one more blessed, stolen day of peace.

The automatic in my bookshelf does me no good. Truth be told it never did, and the tomahawk in my old tuxedo closet is just a hopeful heirloom. The secret to resistance isn't in your weakness, but in your temptation, and how to hide your sweetest downfalls. The consequences I delayed so long are called parenthood, the true adventure has arrived, and there are no defenses against the intrusions.
Posted by MarcLord at 9:44 PM