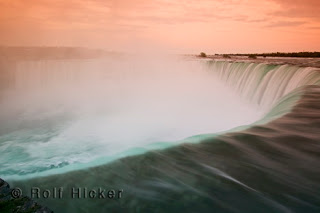 Oh, Here We Go Again...
Ismail AX. The shooter in the Virginia Tech massacre, Cho-Seung Hui, died with the words "Ismail AX" written, or tattoed, in red on his arm. I happen to know what it means. In the Jewish tradition, God asked Abraham to sacrifice his son Isaac with a knife. In the Muslim tradition, God asked Abraham to sacrifice his son Ishmael with an axe. Why, may I ask, would a student of South Korean descent chose to have that, of all things, on his arm. You have to be paying pretty keen attention in your Intro to World Religions class to pick up on that bit of Islamic lore. You'd have to be a theology student, or you'd have to be someone studying your enemy very closely. You see, Ismail AX means "sacrificial son." In the parlance of jihad, it means suicide bomber.

Here's another weird crinkle in the tin foil. Cho-Seung Hul's older sister Sun-Kyung graduated from Princeton and works for McNeil Technologies. It's a doozy. Their motto is: "Empowering People. Delivering Results." McNeil Technologies provides outsourced spooks and goons the goverment uses to do work that's too sensitive, dirty, or boring (if you can imagine that). It's like the Stasi, only owned by a private equity firm, Veritas, which has at least two partners who sit on the Council on Foreign Relations, one of whom sits on a certain DynCorp's board. Click that link if you want to know who's moving the opium crop out of Afghanistan. McNeil's web site and its CEO are pretty up-front about their services:

Our services and capabilities include:

* Intelligence Architecture Operations in support of the US Army Training and Doctrine Command (TRADOC).
* Open Source Intelligence (OSINT) which supports the Defense Intelligence Agency (DIA) and other government agencies, and
* HUMINT (Human Intel) operations in support of DIA, or with federal counter Intel outsourcing effort.
* Linguist operations, with linguists deployed in various theaters of operations,
* Translation operations which include document and website translation,
* Testing, Training and Research of language and cultural awareness.

God, I love the smell of growth industry in the morning. Smells like...napalm. Is there a connection between Ismail AX and McNeil Technologies? I don't know, and it doesn't matter. Fear will be spread across all the universities of the country from this incident, the committees who run schools are petrified, and there will be intrusive security consequences at public and private places of learning because of it.

Specifically, I'm not saying this was an Office of Special Plans operation to delay Senate examination of the US Attorney General or Kucinich's filing of impeachment papers on Cheney, although those were actually delayed. It's probably all pure bullshit and coincidence. But I am saying this is pretty damned weird. I'm saying the press is going to play this for all it's worth, I'm saying there's a "Muslim" spin waiting to happen, and I'm saying loud and clear that an event like this tends to benefit the providers of large-scale security. Such as McNeil Technologies and its owner, Veritas. They're who benefits. They're the bad direction to go in. As ye sow, so shall ye reap, and dubious mo-fos such as these have been planting some bad seeds down deep, hurting the hell out of our country.

I'm saying let's not get snookered by fear. We don't need to be locking down our universities and doing to them what we've done to airports because one messed-up kid shot up a class building. Locking them down and securitizing them will be just like living in East Germany, Rumania, Russia, but even there, you could carry a bottle of shampoo through a security line. Maybe instead we should consider a little...de-escalation. Start acting like a grown-up nation. Maybe we should even do a little...gun control. I know, I know, that's crazy talk, I need to go double up on my medication.

Ahh, there, that's better. Still, maybe jilted boyfriends are a little quicker to reach for gats because we live in a society which, already hooked on violence, now has adopted a policy of pre-emption from the Top On Down. The Virginia Tech tragedy couldn't be connected to the way our leaders act. Could it?