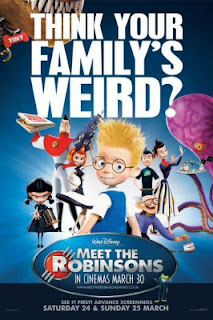 My Excuse Note, Properly Signed
Sorry for the non-blogging weekend. I had visions of lounging around naked in my bean-bag chair, Costco-sized bag of Cheetos by my side, laptop propped up nicely on empty cans of Miller High Life, surfing my broadband wireless network (which for some reason is now titled "monkey"). Sometimes I get to be both a husband and a father, and last weekend was one of those times.

Being a father means walking down a street in public with, to name just one example, stickers of a blue and red train all over your butt. ("They're not Thomas the Tank Engine. They're badges of honor.") Then there's the poop. The pee. The puke. But these things pale into the trivial compared to when you, like an injured linebacker who has drawn single coverage on an All-Pro wide receiver, wake up to find your wife has a stomach bug, and you're going to be covering the energy machine, the deep threat, the insatiable terrorist formerly known as Lord Baby all alone until further notice. In sickness and in health, just like they said. But god, is he fast.

Miraculously, he didn't score any touchdowns, but you have to be realistic about your limitations. You're talking about a player who requires double coverage, or a lot of distracting by others nearer his level of ability. So I took him to the Zoo, where they also have this thing called a Zoomasium, which involves listening to scores of running, sliding, jumping kids screaming like DC-10s on take-off runs. Then yesterday Lord Wife gamely got up from her twitching state of dehydration to let him "walk" the dog over to a cafe'. He's three, and the dog is a Jack Russell Terrier, so they kind of cancel each other out, like an electric bumper cancels out a pinball and sends it crashing over to the next pinwheels. All they need is flashing lights, really.

The worst thing that happened is we took him to a movie, Meet the Robinsons, and he loved it. So much so that, when he felt sleep coming on, he got up to walk around, using his time-honored tricks of movement to keep himself awake. The movie was good fizzy fun, spiced up near the end by his cries of "Help! No animal!," which translated into Adultese means "Unhand me, father. I am not an animal. I am a human being." My sense of mortification is not as sharp as formerly, its edges having been well rounded-off.