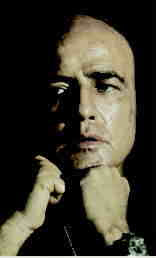 To The Scandals, A Sacrifice
The scandal flurries continue, and I haven't posted for a couple of days. It's kinda like when you've known a hard winter was coming, and you finally get that unmistakeable feeling when the season turns. The first serious snow starts to accumulate and has the "I can keep falling all month" quality to it. You could check the barometer or the weather channel or the newspaper, but instead you go make yourself some wimpy kind of herbal tea you almost never drink except maybe when you were home sick from school, like chamomile, only you're not a kid anymore and you stand at the living room window sipping your wimpy herbal tea, savoring nature's implacable harsh realities and wondering if the cycle of sacrifice ever really ended.

You can almost smell the tang of iron, the noble old scent which blood emits when it hits the air anew; no minor official or minion will do. The tree has been split, and then pried apart with great force to create a highly tensioned, yawning place. It waits to embrace another king in its Golden Bough.
Posted by MarcLord at 12:00 PM

I feel there is such a saturation of the "same happenings", that we are somehow losing our sensitivity to scandal. It's not a big surprise anymore; doesn't make you want to roll up the sleeves and express an opinion.

This, is a potentially dangerous fatigue (do not mean yours) as this is when apathy conquers, and that is the greatest victory of Fascists. That is what happened in Germany too ...

For me, the greatest apathizer was the democrats backing out from demanding Bush to obtain congressional approval before going to war with Iran ... THAT made me realize that American people do not weigh the same as the AIPAC's lobbyists ...

Yes, Naj, I read Cheney's address to AIPAC, and didn't want to unduly depress readers of my blog, many of whom are family and friends. Our masters are still in charge, even if the times are becoming perilous for them.

Speaking of the nazis. Why, oh why, can't we be more like Germany, which just passed legislation requiring that 20% of their energy usage must come from renewables? That would be smarter in every way than grabbing Iran's oil and gas, and the oil companies could still make plenty of money. Halliburton could make wind-mills, couldn't they?