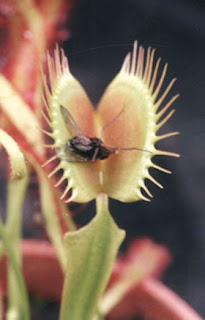 Iran Offers To Negotiate With UN
But not with the UN Security Council. They're offering to negotiate with the IAEA. This is a formal offer to negotiate via the technically proper channel, which falls under purview of the head of the International Atomic Energy Association, Nobel Peace Prize winner Mohammad El-Baradei. Smart move, because it pre-empts the US effort to get the Security Council to pass a tougher round of sanctions down on Iran and makes it look rather grasping, while still moving toward negotiation in a real sense. It also keeps El-Baradei squarely in the picture, where he should be. The announcement gives Security Council members Russia and China ammunition to protect Iran from further sanctions and keep El-Baradei at the center of the process.

For his part, El-Baradei has stated he believes Iran has already halted its enrichment. Iran has hotly denied this, but there is fairly good technical reason to believe it. The centrifuges required to separate the ore are precision instruments which have to be hooked together in large arrays and spin like the dickens to do the job, and they keep blowing them up whenever Iran tries to test them. Iran can't get 50 to work right together, and they would need to get 3,000 working in tandem to start serioulsy enriching uranium. So it is quite likely they've halted enrichment simply because they can't get past the same technical hurdles which have defeated them before, and it strengthens their negotiating postion tremendously by selling the notion the enrichment program is progressing nicely, even when it isn't.

I believe the Bush Administration has already decided to attack Iran by April. However, the Iranians might be good enough to maneuver the Administration into negotiations, and then simply give it what it wants in return for concessions. Those negotiations could be like Korea all over again. Here's a plausible scenario--an insolent Iran gets under everybody's skin by playing up its abilities, then sits down at the multi-nation bargaining table, maintains its nuclear bluff, and wins bigger than Korea ever dreamed of doing.
Posted by MarcLord at 1:34 PM

I assume you mean not that the US has decided to attack Iran in April but that it has decided to do so if it does not get the concessions it wants before that.
The North Korea agreement is not completed as yet. We will have to wait and see if it comes unstuck because the US or North Korea does not each keep their part of the bargain. Libya claims that the US has not kept its promises of rewards (such as help with nuclear energy plants) for its giving up its nuclear weapons program.
http://kenthink7.blogspot.com/

Hi, Ken--nice to see you again!

There's the US, and there's Cheney. Still two different things. Cheney and the Project For A New American Century (PNAC) decided long ago to gain control of Iran. If they fail, the "New American Century" won't be all that American. Time is running out, and this Administration doesn't keep its promises. Ask the Libyans, ask the Turks, the Israelis, the Palestinians. South Korea will end up paying whatever we promise, because pretty soon there won't be no South or North. Just Korea.