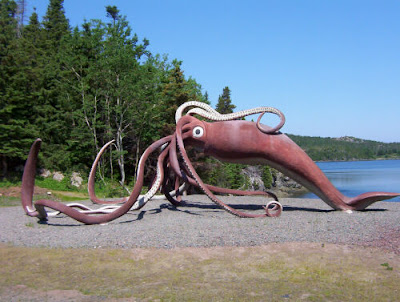 The Gang of Four, a quartet of influential and rabidly anti-Clinton Democrats, are waiting for the perfect time to drive a stake through the heart of Hillary Clinton’s presidential ambitions. The question is, with 72 hours to go before the Super Tuesday primaries, is time slipping away? The cadre—Al Gore, Ted Kennedy, Howard Dean, and John Kerry—has vowed personally and collectively to do whatever necessary to keep the nomination from Clinton, each possessing compelling reasons to revile the former First Lady.

Kennedy and Gore have long hated the centrist ground staked out by Bill and Hillary, and were disgusted with the Senator’s support for the war in Iraq. Gore further resented the Clinton’s lack of support in his own presidential campaign of 2000, feeling crucial democratic resources were diverted to Hillary’s New York Senate campaign in that same year. As for Dean, it is well known that Bill Clinton worked feverishly behind the scenes in keeping fellow democrats from supporting Dean’s candidacy. Fearing that a Kerry win in ‘04 would choke off any opportunity for Hillary to run in ‘08, Clinton provided little support for that campaign as well, incensing John Kerry, and perhaps making the difference in George Bush’s razor like win that year. Obama’s campaign gained significant momentum when Ted Kennedy, on the heels of Obama’s sweeping victory in South Carolina, joined Kerry in endorsing the candidate.

Dean and Kerry Gore have held their preference close to the vest thus far. As chairman of the DNC, Dean’s work in promoting an Obama candidacy would likely be done behind the scenes leaving it to Gore, whose endorsement could truly define this race. The buzz in political circles is that Gore is waiting to see if Obama wins Super Tuesday and will then endorse, perhaps driving the final nail in Hillary’s coffin. Our question is, why wait? If Gore endorses, it could provide the final burst of momentum to insure an Obama win Tuesday. Recent polls show that Obama has closed the gap to 4 points. Can he make up the balance in the remaining hours? With Gore’s help it would be more likely. Go for it Al.

Found this searching on my hunch on a Howard Dean Vendetta against Team Clinton, one that could play out in back rooms well before the Convention. Interesting speculation, and I'll ask him about why the Kennedys publicly left their long association with B/Hill to endorse Obama.

The Kennedy/Clinton "war" dates all the way back to George H. Bushes presidential years when Bill Clinton was chairman of the Democratic Leadership Council. Clinton and the DLC felt that the Kennedy/Mondale/McGovern wing of the party was too populist, out of the mainstream and unelectable and sought to move the party towards a more centrist philosophy. With Kennedy as the "old guard" and the DLC/Clinton as the "new guard" there was immediate conflict. Clinton and the DLC staked out centrist positions - welfare reform, expansion of the EITC, NAFTA, The War in Iraq - all of which infuriated Kennedy who felt that Clinton was embracing Republican principals and positions. Then of course there is the natural competition over influence of the party, each seeing themselves as the Democrats standard bearer.

Thank you, explanation much appreciated. I was less than locked on to politics at the time, was not even aware Clinton was DLC chair. To me, like everyone else I knew, he seemed to come out of nowhere. (Or Arkansas, which is pretty close to there.)