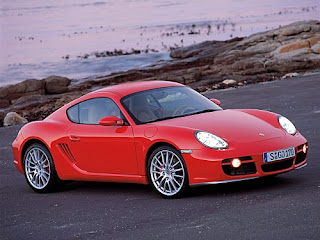 On Being A Good Passenger
Last Friday, my wife drove me for the very first time. As in, drove me in a car. I was pretty heavily sedated, having woken up from general anaesthesia (endoscopies go better that way) mere minutes before, and despite what I believe was a minimum of weaving, a nurse was assigned to help me outside and into our vehicle.

A child of Manhattan, Lord Wife had little need for cars in a town where owning one is an illogical, almost fetishistic exercise in sadomasochism. Living across from the World Trade Center 20 years ago, renting a spot in the building's parking garage was $450 a month; as my Brooklyn-born mentor coolly observed, "you can take alotta cabs for four-fifty a month." And that's not counting extras. After my WRX was mistakenly towed on a Friday night in 2002, racking up over $1,000 in fees by Monday morning when it could first be recovered, a sympathetic magistrate told me: "Years ago I used to drive down here. But the parking tickets just got too crazy." This, coming from the traffic court judge himself. Mass transit in Seattle not being the pervasive commodity it was in Manhattan, Lord Wife has been taking driving lessons. She has not put a scratch on her vehicle or any others, and you might say I had an open mind, even a confidence about her driving, with a cocktail of reasons for placid docility.

I did worry about our vehicle, a Mercedes she had never driven before and which can best be described as a failed bio-diesel experiment. Once it gets up to ten miles per hour, it's not so bad, but getting there can be a mite suspenseful especially if, say, you've just pulled out in front of an injudiciously speeding delivery truck. Then you have plenty of time to meditate on Mercedes safety testing, the nice amount of crush space in back, structural integrity, the cushioning air bags. I had previously warned my cheery chauffeurette of the vehicle's stodgy performance from rest, and not to expect friskiness or spontaneity. There's little margin for error once you commit, but when you're cruising, the sterling brakes, the superbly balanced and weighted steering, the advanced suspension geometry little improved upon in the intervening years, they all impart a sense of splendid and well-controlled isolation. Somewhat like good vehicular narcotics, in fact.

Speaking of which, my memory of the trip home is foggy, but now that it has been related to me in some detail, I am able to recall portions. It may possibly be that I was saying things like:

"Get over into that lane NOW!"

"Why are you stopping back here? Jesus, haven't you ever seen a stop sign before?"

"The road's not getting any wider. Go! Get your foot off the brake! Gas, gas, gaaassss!"

Well. I've not been all-under since an ill-fated tonsillectomy at age 3, when upon waking I became a trifle tyrannical and had to be restrained by hospital staff. ("Ice cream! Where's my ice cream? My throat hurts like hell and you promised me ice cream, you dirty sons of bitches!") In this case as then, my somewhat inelegant, impatient expressions must simply be blamed on the effects of drugs. And now, having gained a peek at invalidity, I must strive to be a better more forbearing passenger, particularly for my wife.

Incidentally, I later asked her how she liked driving the car, as an experience abstracted from hectoring. "I hated it," was her reply. So...to heck with the planet. We'll be getting another, funner one soon.
Posted by MarcLord at 9:58 PM

I taught my wife to drive when we were first married (the boys in her family got drivers licenses, the girls did not. Wild coincidence, I'm sure). I've often thought that if we could survive that experience, we could survive anything. It's worked for over 22 years so far...

Just wait until you have the experience of having your teenage child drive you. The conflict between wanting to be supportive and loving and the survival instinct is even worse.

Hehe, what was funny is that my survival instinct was pretty well dampened down to the point of unconsciousness, and still the reflexes shone through. It'll get better, for sure. Congratulations on your 22 years and many happy more.

Ha! Re Jon's observation about trying to larn yer young'un to drive: I went out ONCE in our manual 1985 Honda Civic wagon with our teenager, and when he started yelling at me to tell him what RPM to put it into reverse, as we were pulled into someone's driveway over on 57th NE, I turned him over to his father for the rest of the driving instruction.
He's a fine driver now, though, ten years down the road...

Yes, your son sounds like he has a lot in common with ours, and I often think about future driving prospects and pitfalls. Ours is already a back seat driver, and not yet 4.

Marc,
Should I splain my wifey driving me home after a triple by-pass operation? Say NO.

Ah, mental calculation of trajectories.. OR submission. not a comfortable place to be , Marclord.