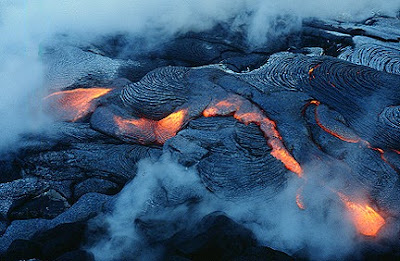 On the surface, what with all the favorable press coverage and foreign endorsements, you'd think Kosovars did a good thing by declaring independence from Serbia. Nobody really knows where Kosovo, Serbia, and Albania are, because they're next to Macedonia and Montenegro, and nobody knows where they are either. Sure, Alexander the Great was born in Macedonia, but that was a long quaint time ago, and few people have recently been blessed with any idea why they should care about Serbia and Kosovo.

So here goes. This is how crashingly, igneously ignorant the erupting situation is, and how cold-blooded its planned containment: Kosovo declaring independence from Serbia is like the Alamo declaring independence from Texas, only worse. The brief aggregation called Yugoslavia (or "south of Slavland") was once formed from a chunky stew of violent religious migrations and wars. In their fundamental concept of nationhood, the Serbians (Greek Orthodox) persevered over persecution, holding fast against all comers. They still see themselves fighting off Muslims (Bosnians), regular Catholics (Croats), teeming Albanians (Various Bastards), al-Qaeda (Saudi Foreign Legion), and the Nazis (formerly played by themselves, now by NATO). I'm greatly simplifying the area's bloody, complex history, and skipping over an unsavory present. The point is, Serbians see themselves doing all this fighting across ancient and recent history, right from the heart of Kosovo, and they make Texans look like Comanche-cuddling candy-asses.

The US embassy in Belgrade was burned as a declaration of war. Most US diplomats and Foreign Service staffers have been sent home. The burning isn't going to stop, and it isn't going to "cool down" with a little diplomacy and PR. Serbians could care less if a tidy Western oil pipeline should cut through Kosovo, they understand they will get bombed with US warplanes once more, and they are turning to the Russians for more and better weapons. If NATO plans to go in there to protect Kosovo's independence, it will face a vicious insurgency it's not prepared for, one it can't quell without serial-killer determination.

Yet US and NATO support for Kosovan independence is an entirely logical extension of what was started in Clinton's 1998 intervention. Then as now, it isn't about freedom, self-determination, or halting ethnic genocide. Kosovo is a pawn in a cavalier, supercalifragilistic game in which our players acknowledge neither the limits of their intellects nor their powers. The reason we should care now? It's not just about them. The protectorate is perched on Russia's southern doorstep, and this time, Serbia is set to serve as a proxy, if not more, in an energy war widening from the Mid-east to the Caspian to the Balkans. Western oil companies have been unsuccessfully seeking a transport route into the Bosphorus and the Dardanelles since 1994, and they want to build one through an expanded and secured Albania. Enter Russian premier Vlad Putin from stage left:

"Those who do this, subjugating their allies to their will and by force of arms, are not thinking about the consequences of what they are doing. This is a double-edged sword, one whose second edge will snap back into their gobs sooner or later."

The best diplomatic outcome in Kosovo is to not take our players seriously, and cajole the opposition into treading water for a year. Many see BushCo as simply a continuation of US aggression, and true enough. But it's also an apotheosis, one overstretching everywhere. We've arrived at the confused, panicked, unjust cave in A Passage To India, and every noise yelled into the cave returns an unwelcome 'Boum!' The menu for the next US leader will be where to retreat, how to consolidate, how far and and how fast. As for friendship, may well we come to it, but even the earth and sky seem to say, 'Not yet.'

o, once again Marc, you have arrived at a distillation, a comprehension beyond those who actually have the power to press buttons or pull triggers. Can't claim any "inside" facts or specific knowledge .. but it seems to me .. viewing from a different hemisphere, and completely different political structure .. that the only hope that the "american electorate" has is Barak Obama. Whether that will change the entrenched, long standing (worldwide?)antagonism toward the concept of "America" is anyone's guess, and perhaps a far too radical departure at this point of time.. (But methinks it would be a beginning).

Hello again, and agreed. A beginning is possible with Obama, yes just. From here on he must tread the fine but decisive line of staying alive.

Marc, as always you make topics like Kosovo not only topical but interesting and understandable.

I'm beginning to get back on my horse and appreciate you checking on me and my progress. Thanks Doll.

keep on with the progress!