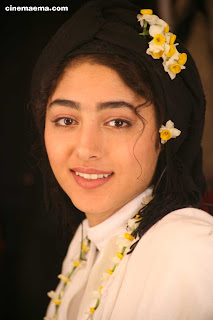 Women's Rights: Grand Ayatollah Approves Pro-Choice
A new abortion policy ruling, one of two major women's rights advances recently reported from Iran, provides an interesting contrast to other less flexible doctrines, including those common amongst Christian fundamentalists. Naj at Iran Facts reported this news recently, and while wet T-shirt contests are probably still way off, it does indicate a major religion's rather profound concessions towards greater equality:

According to Parsine News Agency, Grand Ayatollah Mazaheri, one of the more renowned religious scholars based in Isfahan, has issued a Fatwa allowing unwed mothers to obtain abortions.

According to the report published on the site of Parsine a religious question was posed for the Grand Ayatollah as follows: "given the fact that pregnancy out of wedlock is extremely difficult for an unwed mother and will in all likelihood bring shame to her and her family, would she under these circumstances be allowed to obtain an abortion?" To this question, the Grand Ayatollah replied as follows: "given these circumstances, [an abortion] is permissible."

The interesting point regarding the response provided by this religious scholar is the fact that he does not address the age of the fetus. Other Shiite religious scholars have emphasized the age of the fetus and have in the past viewed the abortion of a fetus over 4 months as a murderous act for which full blood money (monetary compensation paid for bodily injury or death) must be provided to kin and in some instances have called for abortion to dealt with through Qesas (retribution).

The University of Al-Azhar which is believed to be the highest reference for Sunni Muslims on religious matters has recently announced that abortion for women who have become pregnant as a result of rape is permissible. The Islamic Research Committee of Al-Azhar University in Egypt published a statement in this regard, which reads: "women who have suffered rape, can obtain a doctors permission as soon as they become aware of their pregnancy, after which they will be allowed to quickly obtain an abortion." This statement has gone further to explain that such an abortion will allow for the stability of society. This statement was issued by Al-Azhar despite the fact that Egyptian law bans abortion, except under special circumstances when the health of the mother is in danger or the fetus has serious health problems.

Another ayatollah also ruled on a liberalization of inheritance laws, which previously gave widows a smaller share of a deceased husband's inheritance than his surviving relatives, explained more fully via the Parsine News link above. Property rights are fundamental to equality before the law, so this also must be interpreted as a significant development in favor of muslim women.

(Picture is of award-winning Iranian actress Golshifteh Farahani.)
Posted by MarcLord at 12:05 AM

This fatwa is the first in its kind. Unlike teh catholics, Iranian "mojtaheds" are not against birth control. You can do anything you wish to prevent pregnancy. But if a life is conceived, then up to now, you were not allowed to abort UNLESS mother's physical heath was in danger!

Now, what has happened is that this Ayatollah is treating a woman's "social" and psychological life, just as seriously as her physiological one!

Abortion clinics are already plenty in Iran; not publicized but there. It has always been that way.

What is significant about this is that, "temporary marriage" has become the Iranian loophole that allows sexual intimacy without marriage. This, expectedly, increases the risk of unwanted pregnancies. Usually, girls ended up marrying the man with whom they conceived, in order to save face/reputation. Pregnancy and marriage will deprive girls of attending regular high school and they will have to enroll in adult schools. Now, girls can have a temporary marriage and then go get an abortion--I would assume.

If one Ayatollah sanctions abortion, 2000 clinics can pop, and claim that they are servicing the followers of Ayatollah Mazaheri! A lot of these things are just heart-pledges, and suddenly, ALL Iranians can turn into followers of Mazaheri.

What you may find interesting, however, is that the concept of "courtage" is very openly discussed amongst families and women and it is not as big a taboo as it is in the west. I remember my mother's friends talking about abortion, and my own friends having done it. Unwanted pregnancy, get an abortion! And no one passes a moral judgement on you in Iran!

And the religious men ... pfff, Iranians really don't care for what mullahs say! It's just about keeping up an appearance!

I'm familiar with fatwahs and appearances. My one-time religion had a favorite quote: one must "avoid the appearance of evil."

Near the Mecca of that religion (the state of Utah, the Mormons), desperate young people would also get temporary marriages by driving to Las Vegas and having a ceremony there, then obtain a divorce later.

Although temporary marriage wasn't terribly common, pre-marital sex was common enough. Whether the sex was technically correct or simply pre-marital, there would be tremendous pressure placed on a couple to get married, and an abortion was almost unthinkable. Such would mean permanent execution for the girl, loss of most (or all) friends, and often loss of one's family relationships. And not much better for the guy.

If our church had passed a similar ruling to Mazaheri's, there would have been an all-out Sexual Revolution at my college. As I assume there will be in Iran, and elsewhere.

i suppose it is rather irrelevant, in the context of educated and informed writers, to point out that it was, it seems, a Persian who began the whole concept of "good" and "evil" that seems to be the bedrock of, and infuse Northern Hemisphere religious philosophy? I could also, perhaps, point out that there was a Southern - unknown - hemisphere at that time .. and there were intelligent human beings here who also formed their own philosophy about how "society" should be constructed - and the "spirituality" of the "unknown". .. heh.

Davo, I believe the Persian gent is known as Sir Dualism. And as for the southern, anciently nature-tuned philosophies, I know little of the Aborigines. Did they practice head-hunting or cannibalism for population control, as the Islanders did so commonly?

Dualism surely makes for grander flights and convulsions, it must be said.

It's getting off the topic of this post but ..
Did they practice head-hunting or cannibalism for population control, .. the short answer is - no.

It's actually a fascinating subject, but the Australian aborigines are probably unique .. in the sense that - after their ancestors arrived (probably from the Indonesian archipelago) some 40-60,000 years ago there was no further contact with the rest of the world - until the British arrived in roughly 1770. They had NO NEED to develop (or invent) any systems of warfare or defence, not even among themselves. They lived within the landscape, looked after it and the landscape looked after them. They are (or were) - basically - a gentle, communal, community based peoples. Had no need for "chieftains" or any "heirarchical" political or "spiritual" structures, either. Decisions were made either individually or though a "council of elders".

All that, of course, is a simplistic overview - and one of the reasons why their communities are in strife, now.

Some have postulated that much of their "basic" philosophy infuses Australian culture, even now - and Australia, as a Nation, is quite unique - especially when one considers that a population of only 21 million occupy a land area roughly the size of the USA. While we DO have "immigration" controls in place - we don't have any "land borders" and it is the LANDSCAPE that influences our attitudes and the size of population.

Fascinating--and the reason for it being the land itself. The same reason is generally given for the islanders, the islands being so finitely constrained. But there may be more to it. Is there any book you could recommend on the subject that would illuminate?