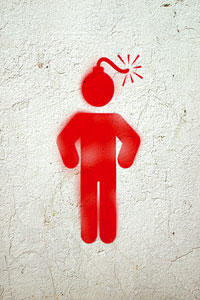 Quadrillage & The New "Gated Communities," Pt. III
By announcing Baghdad as the focus of the surge, Bush has given the insurgents ample time to prepare fixed defenses which feature ambush, fluid withdrawal to the next prepared defenses, and then full withdrawal to the countryside. These insurgents also happened to run army units, and their commanders fought the third-bloodiest war in the twentieth century (against Iran, which had about three times the population of Iraq). Their largely Sunni insurgency has demonstrated ongoing cohesion, with the ability to recruit and strike all over central Iraq. Here is all they need to do to defeat the Surge:

1) maintain communication links
2) avoid annihilation or capture
3) inflict casualties on US and Iraqi patrols within "gated communities"
4) sabotage or otherwise disrupt government services financed by the US
5) maintain safe havens outside Baghdad, and continue ambushes there.

One angle on the Surge which might work would be to say to the insurgents, "We don't care about your weapons. Take them. We'll give you safe passage, and find you new housing that's better. But we need you to move out of this area to where your support is." This would be a non-violent ethnic cleansing approach applied to Baghdad with a "Blood Borders" logic behind it (see Ralph Peters, Armed Forces Journal, June 2006 at link) to speed the inevitable partition along. But I doubt such an approach is politically palatable, and thus it's as good as impossible.

The Surge will probably make things look better in the press for a few months. There may well be talk of milestones met and progress made in Baghdad. Meanwhile the insurgency in the country as a whole will likely gather even more centrifugal force, and the atrocities on all sides will become more unforgivable. The Bush Administration's goal is to create a Western-friendly region. (Bush no longer drinks. Notice how he avoids all mention of nitrous oxide?) The Army's goal is to be able to say, "We followed sound strategy, but were saddled with flawed rules of engagement." The MIC's (military-industrial complex) goal is to keep the whole thing going. Two out of three ain't bad.

It is also possible that the Sunnis keenly sense a "Tigris Offensive" in their grasp, with all intentional reference to the Tet Offensive. The insurgents have amply demonstrated their effectiveness and determination, and if they're willing to strap bombs on their bellies, you can guess they're probably willing to blow up an entire building in Baghdad to take out a squad or two of soldiers inside. If they are able to inflict heavy casualties on either the Iraqi Army or US forces, they can break the will not only of Congress, but the Generals running this grisly horror show and the soldiers unlucky enough to act it out. Vietnam wasn't lost because of a sudden realism or humility on the part of US leadership. It was lost because soldiers and their commanders saw no more point to what they were doing. They just started going through the motions. When asked to drive around in Humvees to search the same roads and houses over and over, all the while waiting for an IED to explode next to them, they must be nearing that epiphany in Iraq. Booby-trapping apartment buildings would be technically much easier than booby-trapping roads. It's the sharpening of a decision already made.

The movie "The Battle of Algiers" is the story of quadrillage, and how the French used brutality to quell a stubborn insurgency in the Casbah for a few years. It ends with the insurgent youth Ali La Pointe huddling in the crawlspace of a house with three younger children who trust him. Having learned not to trust the French, they refuse to heed a French colonel's appeals to come out, and soldiers blow the building to the ground. The movie was considered required viewing among the officer elite, presumably for the harsh measures which must be taken to win. They seem to have overlooked a few things: a few years after the events depicted, the insurgents had won and France was putting down a military coup by the officers who ran the counterinsurgency, which claimed upwards of 10% of the population. Decades later, many of the muslim kids burning cars in Paris suburbs were quite literally the children of counterinsurgency, with parents who came from North Africa. They were shouting "Vive Algiers," and writing "Ali La Pointe" on walls. A main street in Algiers is named for a 19-year old girl, Hasiba ben Bouali, who died in the crawlspace with him. A university is also named after her.

Who will the streets and universities in tomorrow's Iraq be named for? My bet is there won't be a David Petraeus Avenue. Quadrillage isn't a model of what to do in Iraq. Based upon many, many outcomes of history, it's a powerfully proven model of what NOT to do.

Thanks, Jesus, and thanks for putting up your post on Petraeus and Kilcullen (I should've linked to it here, will update). Your post kick-started me to finish the series here. It was a great New Yorker article on Kilcullen...he seems like the real deal.