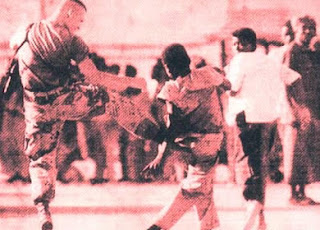 Eleven US Soldiers Hostage In Somalia
This is un-news, in that there are no soldiers captured in Somalia until Fox News does a story on it. I'd heard about this early in the week, but didn't find press on it until today. They'll probably be released; the US negotiator is a seasoned diplomat, and the captor is a respected moderate leader. In the past, the diplomat (US Ambassador to Kenya Michael Ranneberger) has urged that the moderate leader (Sheik Sharif) be included in the Somali government.
Posted by MarcLord at 12:47 PM