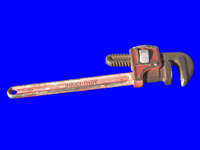 For What It's Worth
After four days of debate, the House of Representatives has passed a resolution opposing President Bush's plan to send 20,000 additional troops to Iraq.

This week the House of Representatives will be considering the following Concurrent Resolution.

Disapproving of the decision of the President announced on January 10, 2007, to deploy more than 20,000 additional United States combat troops to Iraq.

Resolved by the House of Representatives (the Senate concurring), That--

(1) Congress and the American people will continue to support and protect the members of the United States Armed Forces who are serving or who have served bravely and honorably in Iraq; and

Senate Democrats are holding a vote on the resolution tomorrow. It's designed to be a relatively risk-free way for both Pugs and Dims to distance themselves from the war. However, it's something to build on. Next up will be Rep. Jack Murtha's much tougher troop readiness codicils in the White House war budget request, possibly along with changes designed to halt action against Iran without Congressional approval. The Army's middle managers have crafted the readiness standards language as a way of throwing a monkey wrench into the overheated deployment machine.