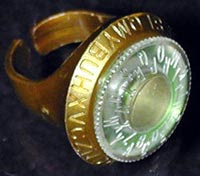 So, if you were a leader in an Arab-speaking country, maybe like Palestinian Minister Abbas, a.k.a. Abu Mazen, how would you feel if George W. Bush and Israeli Prime Minister Ehud Olmert had just endorsed you and called you a "good man?" I dunno...maybe like a narc whose high school principal had just come over the loudspeaker and congratulated for helping to break up drug rings? It would be like walking down the hallways with a "kick me" sign taped to your back. Only this high school doesn't stop with kicks. It stops with dead men walking.

As usual, I get confused with Palestinian politics, and who is who.

Who is Hamas? What is Fatah? Were democratic elections in Palestine a brilliant idea, or what? And as a host, how often should I purify the waters of my hookah? Answers: 1) a revolutionary terrorist organization of long standing, and a paste made from ground garbanzo beans, tahini, olive oil, and garlic; 2) a revolutionary terrorist organization of long standing and a reverse acronym of 'hataf,' an evocative word which fondly recalls the Islamic caliphate's medieval consolidation of the Holy Land; 3) democracy in Palestine is, predictably, as peaceful a prospect as baring Leon Trotsky's neck for a tomahawk in Mexico City; and, 4) at least once a day, every day; the hookah water should be kept hygenically clear.

Hamas is a political party which gets its funding from Arabs. Fatah is a political party which now gets its funding from western nations. Hamas and Fatah are fighting, and have split the quasi-country in two after counter-coups. Arabian nations and the US have both armed their respective champions and sent in sacks of flour, so there's a stalemate in which Hamas has taken over Gaza and Fatah alone can't stop them. After the US inexplicably pushed for democratic elections, the Palestinians chose a government which they felt best represented their needs. As this representative, West-hating government was not a welcome development, the US urged the Saudis to form a coalition government which included both Fatah, and Hamas, in return for aid money to keep its people from starving, agreed. Then thousands of weapons and tons of explosives were sent to Fatah by Egypt, while convicted US felon Elliott Abrams said that "Hamas" must be deposed at any price." Israel is now invading Gaza in order to depose Hamas and consolidate a despised, unelected regime favored by Christians and Jews. What could go wrong?

Here's what columnist Nahum Barnea had to say about the background situation in the Yediot Aharonot:

"The US and Israel had a decisive contribution to this failure. The Americans, in their lack of understanding for the processes of Islamization in the territories, pressured to hold democratic elections and brought Hamas to power with their own hands…. Since the elections, Israel, like the US, declared over and over that "Abu Mazen must be strengthened," but in practice, zero was done for this to happen. The meetings with him turned into an Israeli political tool, and Olmert's kisses and backslapping turned Abu Mazen into a collaborator and a source of jokes on the Palestinian street."

The neocons wanted elections in Palestine, and elections were held, but an 'extremist party' came to power in a landslide. The idealistic desire to install democracy into one of the most uninviting venues on earth put a grass-roots party into power, one which was inimical to Western interests. Of course, we can't blame the idea guys because no one except thinking beings, soccer fans, and voting machine vendors could have predicted that the more 'moderate' party, Fatah, led by a well-financed political tool named Abu Mazen, wasn't electable.

At this date Abu Mazen can't rule, he can't lead, he can't walk the streets and he probably can't breathe. Who could blame him for having his cars armored and his bags packed, and ready to go? (Singing: "Oh I'm leavin,' on a jet plane...don't know when I'll be back again.") For Abbas to bug out is only prudent, because Arabs see him as a minor, excisable cancer worthy of chemotherapy, who can also be blown to pieces with a few pounds of C-4. On the other hand, Abbas is hearing the strains of Metallica singing, "Master! Master! Obey your master!"

Either way, when Israel marches into Gaza, it will surely serve as a rallying cry and fund-raiser for muslim insurgencies all over the world. Charity car washes will be held for the Palestinians in Istanbul, Riyadh, and Dubai.
Posted by MarcLord at 11:40 PM