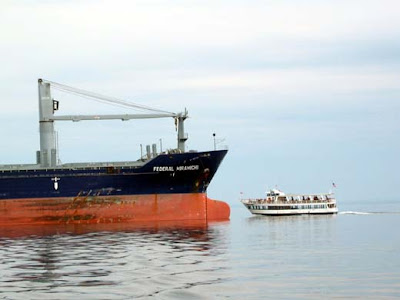 Congressional Chicken
On the surface, something rather momentous has just occurred. The Senate Judiciary Committee has agreed to subpoena the White House, specifically the Office of the Vice President, after formally requesting the same set of documents nine times. The docs discussed legal implications of warrantless wiretapping and domestic spying. Since there is no legal basis for it, only practical precedent, they must say something along these lines: "Oh, the heck with it. Let's just go ahead and do it!"

It's impressive that uber-con Senator Orrin Hatch of Utah, Warren Commission fixer Arlen Specter of Pennsylvania, and Chuck Grassley of Piggsylvania (alright, Iowans, just a little joke there) finally gave Vermont's Pat Leahy their votes to go after the White House (the resolution passed 13-3). Remarkable. These are veteran politicians who must know what they're going up against. Now, I have one big question, and one prediction:

Question: What is the committee going to do when the White House tells them to go to hell?
Prediction: Cheney's spying apparatus is at this very moment being intensely trained on Senators Hatch, Specter, and Grassley, and the phasers are being clicked to the "Stun" setting. Details of their previous communications and their personal lives including those of their families are being combed through for leverage. I hope their houses are in order.

If this sounds unnecessarily paranoid to you, you might want to consider opening a history book once in a while. Or Wikipedia. Look at the entry for J. Edgar Hoover, then tell me about paranoid. Anyhow, I kind of doubt that Congress is going to win this game of chicken with Dick Cheney. It's encouraging, but one has to be realistic. In the picture above, Congress is metaphorically represented by the water craft on the right. Cheney is represented by the oil tanker on the left. At least on this one issue, Congress is going to lose. Maybe that's fine, because it seems like they're trying to force him to cite Executive Privilege in refusing to hand over the documents. And that greases the impeachment skids.

No one seriously thinks Cheney is going to sit in front of the nation and say, "Gosh, you were right. I was trying to do what was best for the country, but I can see now that I was out of line. I'll stop spying on everybody. Oh, and I'll comply with all your oversight requests from now on. Rahm Emanuel and I talked, and frankly, he rattled me. We don't want him to cut off our funding. The Office of the Vice President will do whatever the former ballet dancer says."

I don't know what Congress is up to, exactly, but this may be part of a wide, well-organized End Game being played on Cheney. They're going to have to go at him from multiple angles. From spying. From refusal of oversight. From corruption. From running 9/11 (whooops that one just sort of slipped out). From jigging up false reasons for war. From outing CIA agents. From kicking his hunting dogs. From being ugly. The cool thing about impeachment is that it doesn't require a good reason. Just a motion, and the votes. If everyone hates you, and stops fearing you, that's good enough. Hopefully that's where this is going.

The Senate Judiciary Committee just voted 13-3 to authorize chairman Patrick Leahy (D-VT) to issue subpoenas for documents related to the NSA warrantless surveillance program. Sens. Arlen Specter (R-PA), Orrin Hatch (R-UT) and Chuck Grassley (R-IA) voted with the Democrats on the committee to authorize the subpoenas for any legal opinions and advice the Bush administration has received regarding the NSA program.

The Center on Democracy & Technology has released a list of the seven “most wanted surveillance documents.” See the full list here.

On May 21, the Senate Judiciary Committee made at least its ninth formal request for the documents, but the Justice Department continued its stonewalling. Leahy issued the following statement about today’s vote:

This stonewalling is unacceptable and it must end. If the Administration will not carry out its responsibility to provide information to this Committee without a subpoena, we will issue one. If we do not, we are letting this Administration decide whether and how the Congress will do its job. […]

Why has this Administration been so steadfast in its refusal? Deputy Attorney General Comey’s account suggests that some of these documents would reveal an Administration perfectly willing to ignore the law. Is that what they are hiding? […]

Whatever the reason for the stonewalling, this Committee has stumbled in the dark for too long, attempting to do its job without the information it needs. We need this information to carry out our responsibilities under the Constitution. Unfortunately, it has become clear that we will not get it without a subpoena. I urge the adoption of the subpoena authorization.

The House Judiciary Committee has also threatened to subpoena the NSA documents. In a hearing last month, Principal Assistant Attorney General Alberto Gonzales Steven Bradbury refused the committee’s request to turn over the papers, but refused to assert executive privilege in doing so.