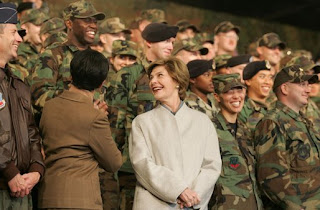 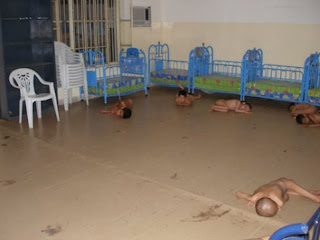 "Our Strategy Can Be Summed Up This Way: As Iraqis Stand Up,
We Will Stand Down"
President Addresses Troops
Osan Air Base
Osan, Republic of Korea
4:29 P.M. (Local)

THE PRESIDENT: Thank you all. Thank you all very much. (Applause.) Please be seated -- unless you don't have a seat. (Laughter.) Laura and I are so honored to be here. We thought we'd stop by and feel the thunder and the fury of the Mustangs. (Applause.) Thanks for greeting us. It's a privilege to stand with the brave men and women of the 51st Fighter Wing and the 7th Air Force. (Applause.) Our citizens are safer because you're ready to fight tonight. (Applause.) You're serving the cause of liberty on distant frontiers, and I bring a message from home: Your Commander-in-Chief is proud of you, and so is the American people. (Applause.) 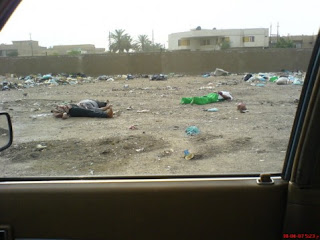 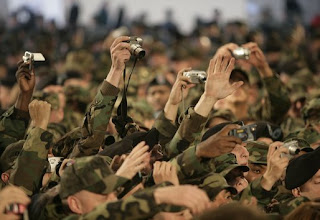 The fifth element of our strategy in the war on terror is to deny the militants future recruits by replacing hatred and resentment with democracy and hope across the broader Middle East. If the Middle East is left to grow in bitterness, if countries remain in misery while radicals stir the resentments of millions, then that part of the world will be a source of endless conflict and mounting danger. If the peoples of that region are permitted to choose their own destiny, and advance by their own energy and participation as both free men and women, then the extremists will be marginalized, and the flow of violent radicalism to the rest of the world will slow and eventually end. 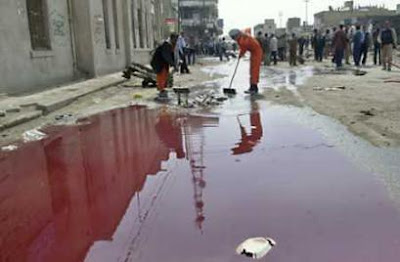 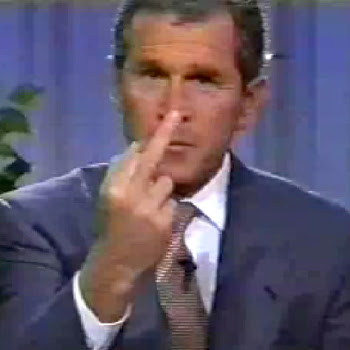 Our strategy can be summed up this way: As Iraqis stand up, we will stand down, and when our commanders on the ground tell me that Iraqi forces can defend their freedom, our troops will come home with the honor they have earned. (Applause.) 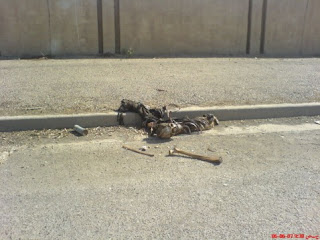