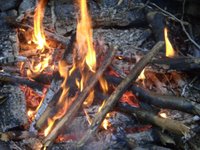 Web 2.0, Blogs, And Valuations
Google, in buying Blogger and YouTube, obviously has developed their own internal valuation metrics. My internal debates sometimes gnaw over whether they under- or overpaid, but in the end, what's a billion here or there. Blogs and podcasts are inherently subversive, anathema, and even hostile to industrial and post-industrial economic assumptions. It's almost as bad as being high on pot or nodding off on heroin. After all, we've only got 16-18 hours in a day to consume things, and if you're reading someone's else's blog or listening to a podcast, or heaven forbid writing or recording your own, chances are you are not out stimulating the Fertility Goddess of Economic Growth, and not burning offerings to the Horned God of Optimization. You're undermining free market philosophy itself by wasting your time on a creative act which can't be quantified, justified, owned, or monetized in the existing system.

Or can't it? Maybe free market acolytes who think that a proportion of society has to sink into poverty as a necessary frictional loss to hyper-competition are as ignorantly superstitious and cruel as Mayan priests whose orthodoxy upheld human sacrifice as the engine of prosperity. Could it be that creativity can be aggregated and monetized? Why not? Sitting around night fires, whittling and hearing tall tales is where every one of us came from.

Google paid $1.65 billion for YouTube, and technically, there was nothing special about what YouTube did for content creators. They didn't pay a penny to anyone for their creativity. That must change, because there are only 24 hours in a day. If my ancestor whittled a figurine as he listened to your ancestor's auntie recount a story and gave it to her in appreciation, that was its own economy. She told my ancestor better stories, probably put in a good word for him with a pretty lass so her father's price was lower; my ancestor's bough was fruitful, and his branches ran over the well. I am here as a result, monetization made flesh. The schmo who didn't sufficiently honor your ancestor's auntie is gone from the gene pool.

Even if not a dime changes hands and this new-newcasting is only about free eyeballs and ear lobes, it's still deterministic. The future rides on what you decide to see, hear, create, and reward, and it doesn't need to wait for old money to validate it. The old money is trying to catch up but is uncomfortable over a lack of control, and over its own increasing weakness. My nagging intuition even tells me we're headed for a new currency basis. (If a pawned dollar is not backed by gold, not by control of oil, and not by Seven Fleets of mighty ships, what could back it?)

The thoughts above were partially triggered by Bruce at The River Blog, who linked to Les, who linked to the freethinker-artist dannygregory.com, who has his finger on the pulsing throat of our world and who wrote the post below:

If you're so great, why aren't you rich?

These are dark times for the nexus of art and commerce. Every industry that tries to make a buck from others� Creativity is moribund or in flames. The music business is more intent on suing children for downloading MP3s than trying to incorporate innovations in technology. The publishing business focuses a disproportionate amount of energy on the works of two dozen best selling and second rate authors. The movie business barely scraped a top ten list together last year. Network television bemoans the final act of geriatric shows like Friends and 60 Minutes, unable to generate anything new that mass audiences will flock to. Instead of intelligent, adult programming, they program sleaze. Fashion's top designers have become factories or left the business. Advertising is unable to come up with any strategy to combat Tivos.

Over the past decade, conglomerates have engulfed each of these industries. Huge businesses demand regular, increasing profits to feed Wall Street and are loath to bet on anything but a sure fire hit with mass appeal. They slather on bureaucracy and centralize decisions to minimize risk and surprise. But risk and surprise are the food and drink of creativity.

And yet, despite this Armageddon, we are in the middle of an enormous renaissance of creativity. Look around you. People are taking digital pictures. They're recording their own songs. They're shooting, editing, scoring movies. They're scanning artwork. They're writing essays. They're sharing stories, and recipes and patterns and ideas. They're supporting each other, inspiring each other, feeding and cheering and promoting each other.

The only problem�? Oh my god, no one's making money off all these blogs and personal websites and zines and chats. So they can't be real. They can't count. If they were any good, they'd turn a profit, right?

Just like cave painters had three-picture deals. Just like Shakespeare had licensing partners. Just like Mozart was a millionaire, Van Gogh was pursued by paparazzi, Nijinsky had his own MTV pilot� For most of human history, creative people made creative things because they had to. Now, perhaps, we're getting back to an understanding of how essential and human that is.

By the way, if anyone knows a major corporation that would like to sponsor this blog, please put them in touch with my corporate parent. Just kidding.

phew, you didn't fall down on your blogger duties. Thanks for the link.

Blogging isn't a duty, Bruce; it's just admitting the loss of control.


And you're most welcome for the link. By rights, I should've already featured you more, I think your blog is absolutely brilliant.