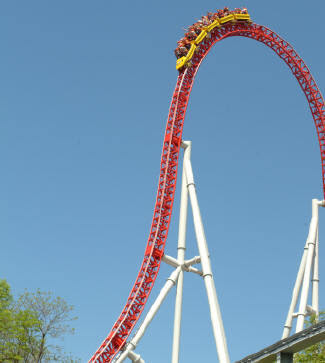 The Rise And Fall Of Great Powers
By Paul Kennedy:

"Although the United States is at present still in a class of its own economically and perhaps even militarily, it cannot avoid confronting the two great tests which challenge the longevity of every major power that occupies the 'number one' position in world affairs: whether, in the military/strategical realms, it can preserve a reasonable balance between the nation's perceived defense requirements and the means it possesses to maintain those commitments' and whether, as an intimately related point, it can preserve the technological and economic bases of its power from relative erosion in the face of the ever-shifting patterns of global production.

This test of American abilities will be the greater because it, like imperial Spain around 1600 or the British Empire around 1900, is the inheritor of a vast array of strategical commitments which had been made decades earlier, when the nation's political, economic, and military capacity to influence world affairs seemed so much more assured.

In consequence, the United States runs the risk, so familiar to historians of the rise and fall of previous Great Powers, of what might roughly be called 'imperial overstretch:' that is to say, decision makers in Washington must face the awkward and enduring fact that the sum of the United States' global interests and obligations is nowadays far larger than the country's power to defend them all simultaneously."

ugh...my stomach is in my throat.

don't worry...ontogency anticipates philogeny, and every seat is equipped with barf bags.