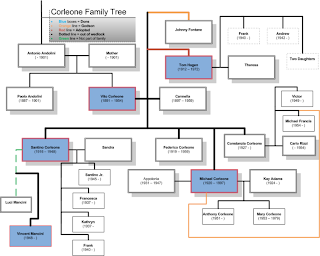 House Drafts No-Confidence Vote On Attorney General
Various congress-critters, media pros, and bloggers have been predicting that the Attorney General, Alberto Gonazales, is going to resign before the House and/or Senate drop a vote of "No Confidence" on him. The House introduced a resolution today urging Preznit to fire his long-time Texas lawyer, and close friend. The Senate introduced a resolution last week, and Pennsylvania Senator Arlen Specter sibilanced his way through something which sounded vaguely like a whining threat.

There's a slight problem with the resignation theory, even if the House and the Senate pass their resolutions. It goes like this: then what? Apparently, there are people in D.C. and in the media who, despite being paid lots of money to know how our government works, have not been paying much attention to it. At this point, to think that Bush and Gonzales view Congress with anything other than contempt and condescension from a great height is a feat of self-serving naivete. First off, Bush would sooner have the Secret Service shoot Gonzales than to see him resign. And he sure as a two-headed dog isn't gonna fire him. Gonzales is in the Circle of Trust.

Gonzales is Dubya's consigliere, the special advisor and counselor to the capo of a large crime syndicate. Consiglieri never really resign, you see, and you don't fire them, because the consiglieri know All The Secrets. The only circumstances under which Gonzales will resign is if he gets to maintain de facto control of the Justice Department. If it's announced that he's resigning, that means he's being promoted back into the White House, where he'll continue to ride herd on Justice and the FBI. Throw in the NSA for official measure. That's why he was sent out from there to purge dissent in the Justice Department in the first place, which he did.

Now, if Gonzales dies in a tragic kayaking or auto accident, that's your sign for "We're really getting somewhere." Bloggers and proto-journalists more capable than me, for example Jane Hamsher and Glenn Greenwald, have covered the same basic angle as I do above. With more vitriol and politesse, respectively, because someone's paying them, and they're more on top of it than me. I simply work for a living. But at least I get it. In terms of the Godfather series, Alberto Gonzales is a "Don."

Oh, well. Congress is all about procedure, and this is one more hoop to jump through on the way to the next one. Yes, OF COURSE Gonzales turned Justice into a witch-hunt tool of the White House. So does that mean we doll up in our best media prom dresses, damn the surveillance, spike the punch, and impeach his capo's ass? No, it means we have to wait in line to pursue the Resolution of Mild Annoyance and compete for posterity's forgotten spots in Bartlett's Quotations.

There's still a year and a half to go in this Presidency, senor, and it is the Never-Ending Story. Can a pressure cooker on the stove, warming up on the "Medium" setting, blow some steam before then? Only if the blow-off valve is plugged.
Posted by MarcLord at 4:21 PM