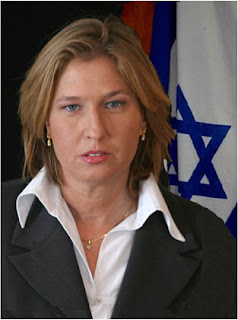 Israeli PM Olmert About To Resign
The Winograd Commission, a government-appointed investigation of the catastrophic Israeli attack on Lebanon last year, has just hung an anchor around Ehud Olmert's neck, and he's about to get thrown overboard. While not entirely responsible for the worst defeat in Israel's modern history, Olmert didn't exactly add value or cut the losses while the formerly most admired Army in the world was being defeated by the Lebanese Hezbollah militia, and he carries the title of Prime Minister. He and his new 6% approval rating are still hanging tough and refusing to resign, but he'll probably be gone in a matter of days. If anyone reading this happens to be in Israel or plans to be there, it would be good idea to keep tabs on Olmert's whereabouts so you can stay a mile, or preferably two, away from him. If he doesn't resign, crossfires and car-bombs are distinct possibilities. He falls under the domestic "Something Has To Be Done" category, which if the name Yitzak Rabin rings a bell, well...the standing-near-him-thing, not so good right now.

His successor will probably be Tzipi Livni, Israel's Minister of Foreign Affairs (pictured above). This is good. She is a right-wing dove who talks with Arabs, a go-between of consummate skill, and she held secret talks with Fatah and the Third Way (the Palestinian Moe and Curly parties) a couple of months ago. And she's a realist. During the invasion of Lebanon, or what is now being called the Second Lebanon War, she was pushing with everything she had to pull the troops back after the first few days. I don't know if any post about Israel can be filed under 'Progressive Politics,' but there's a first time for everything, and I'm going to try it. The effects of Israel's defeat in Lebanon may have taken longer to come to fruition than I'd hoped, but the fruits may be sweeter.
Posted by MarcLord at 4:02 PM