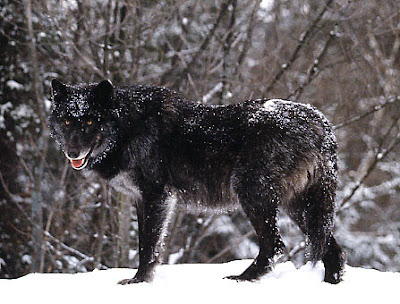 The World Bank Investigating Comittee has released its report on the improprieties of its President, Paul Wolfowitz, who will face a hearing tomorrow sure to feature a litany of abuse if not his outright dismissal. His betrayals of the World Bank may be unsavory and receiving media coverage now, but these are symbolic in comparison to the colossal, empire-ending blunders he made prior to this story. Those still remain shrouded behind the Bullshit Curtain.

Wolfowitz was the academic architect of the Neocons, a group which, by the mid-1990s, had dubbed itself "the Vulcans" to denote their desire to use US military might to attack and reform unfriendly oil-producing Mideast nations. Wolfowitz is a figure of special historical significance because, as the Vulcans gained momentum, he sponsored a shady, transnational Mideast felon convicted of bank fraud named Ahmad Chalabi to play a leadership role in the future pacification and conflagration of Iraq.

Unfortunately, as is now known, Chalabi was an Iranian agent who was devastatingly effective in promoting that nation's interests against the US and Israel. It was Iran's hope to bait the US into invading Iraq to remove or handicap its enemies and biggest local threats: Saddam Hussein, his ruling Baath Party, national sectarian Shiites not under the control of the Islamic Revolution of Iran (SCIRI), and the ethnic Sunnis who make up 20% of Iraq's population. Wolfowitz delivered Chalabi, and Chalabi delivered us. CIA staff who tried to out Chalabi were thwarted by Neocons given carte blanche by Dick Cheney, and these agents included Bob Baer, Milt Bearden, Vince Cannistaro and many others off the record. As Cannistaro says, "Chalabi was working for Iran, and Iran took us to breakfast, lunch, and dinner."

There is a huge difference in scale at work tomorrow. On the one hand, they're talking about when he gave his girlfriend and new co-worker a huge raise at the World Bank. On the other, their investigating committee's statements may as well read as an indictment of the sins of Wolfowitz against the United States and the world:

"Mr. Wolfowitz placed his own personal interests in opposition to the interests of the institution," the report found. "In so doing, he undermined the legal safeguards the institution had in place to protect itself from the harm it has unfortunately now come to experience."

The report reserved its sharpest judgment for the public struggle Wolfowitz has waged to save his job in recent weeks, criticizing the bank's probe in the press.

"It has turned an internal governance matter into an ugly public relations campaign," the report said, asserting that in unleashing "public attacks," Wolfowitz "denigrates the very institution he was selected to lead."

As the Guardian reported today:

Sounding more like a cast member of the Sopranos than an international leader, in testimony by one key witness Mr Wolfowitz declares: "If they fu#& with me or [my girlfriend] Shaha, I have enough on them to fu#& them too."

Let's hope he won't get replaced with Bolton!