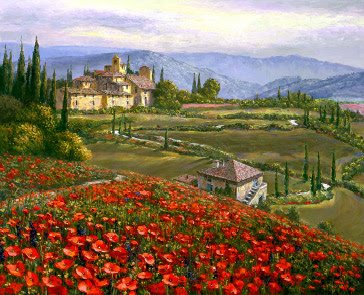 Opium Crops Started In Iraq
Should have predicted this one. It will no doubt be used as proof of close al-Qaeda ties between Iraq and Afghanistan:

The cultivation of opium poppies whose product is turned into heroin is spreading rapidly across Iraq as farmers find they can no longer make a living through growing traditional crops.

Afghans with experience in planting poppies have been helping farmers switch to producing opium in fertile parts of Diyala province, once famous for its oranges and pomegranates, north- east of Baghdad. (via Patrick Cockburn, The Independent UK.)

At this point, Al-Qaeda is the least of Iraq's problems. It's only logical that farmers are getting into opium, which if I think about it, is actually a positive step: people who live in failed states need money and jobs, and opium is a great cash crop. It does give some indication of how bad things have gotten for people in the Sunni Triangle. Michael Massing reviewed a book about the Iraqi journalists who work and write for the McClatchy Newspapers, which set up a blog they run called Inside Iraq. He summarizes that Iraq is what the end of the world looks like:

The overwhelming sense [from the McClatchy journalists' blog] is that of a society undergoing a catastrophic breakdown from the never-ending waves of violence, criminality, and brutality inflicted on it by insurgents, militias, jihadis, terrorists, policemen, bodyguards, mercenaries, armed gangs, warlords, kidnappers, and everyday thugs. "Inside Iraq" suggests how the relentless and cumulative effects of these vicious crimes have degraded virtually every aspect of the nation's social, economic, professional, and personal life.

Despite all the mortuary work and make-up, all the sartorial wonders of The Surge, the country formerly known as Iraq is a corpse. As in dead country, not walking. BushCo and Congress, the corporate media and the chattering classes regularly pull up a dolly and pop back a coffin lid, they point out that the thing inside has finely rouged cheeks, a nicely pinned-back business suit, that its limbs (lifted with a complex array of monofilament lines) move so as to appear amazingly life-like, and that it even plays pre-recorded speech. Two non-trivial problems: it's still frigging dead, and it makes everyone who looks too closely at it puke.

As soon as the Shiite and then the Sunni extremists who we paid to fight other Sunni extremists stop getting paid, they'll start blowing up Western troops with greater enthusiasm. Our crusaders are not welcome in Iraq, where opium production now looks like a smart way out. In context, it probably is. At least something is growing.

(With thank-you credits to Empire Burlesque, Inside Iraq, and Cryptogon.)